Industrial designer Paulo Italiani has come up with a futuristic concept of convertible cars in the form of VW RESeT. If you love freedom from the continuous network and connection to your surroundings, then this concept convertible car can be for you. Check out more about it here.

The line of concept

The designer has paid attention to several concepts before coming up with the RESeT concept car. The basis of its design is the constantly tiring connection between the urban network and humans. Thus, humans may want to take a break as they can do with a sailboat. As a sailboat can take you away from the network onto the vast oceans waters, this car can also reset you free. This is the reason it has been shaped like a sailboat.

The designer kept in line with the VW design philosophy. Volkswagen has a design philosophy that emphasizes on replacing the traditional driving experience. Based on a trend research in the auto industry, the company decided to shape its cars by taking inspiration from human body or insects.

It also decided that a strong transformation is required, along with robotic mechanics. Thus, its visualized concept was supported well by the design of VW RESeT.

The design and bodywork 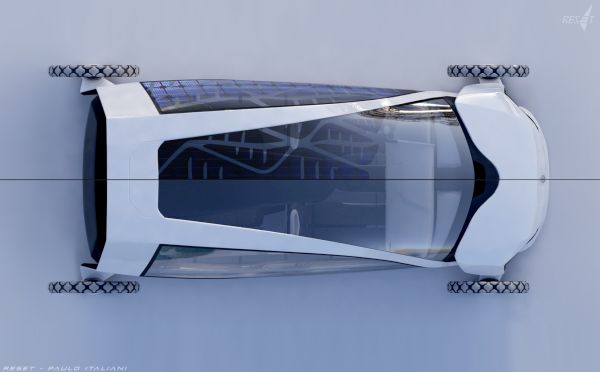 RESeT is designed to be ecological, as well as luxurious. Some high-end materials used in the greatest of sailboats havebeen used in this car. This convertible machine has a windshield that is designed like sails. Its sailscan open smoothly like insect wings and have solar panels on the top.An e-paper layer under these solar panels helps in absorbing the maximum of solar energyby controlling the opacity of the windshield. Thus, the harnessed solar and wind energy can help power the car.

This concept car’sdesign follows functionality. It is made to be fast and highly efficient so the driver would be able to receive the experience of driving a yacht through the sea breeze. The car’s engine system and its Maglev wheelsare connected to it usingretractable superconductive ceramic pistons, liquid nitrogen, and neodymium. Since there is no friction, the vehicle does not take much energy to run. Along an inner wheel arch, it also makes the wheels literally float.The vehicle additionally has an automatic system for stability control. Thus, you receive the finest luxury in this concept convertible car.

VW RESeT is a new futuristic concept for a convertible car that is high on efficiency and pleasure of driving. This ecological concept vehicle is promising in terms of providing freedom and luxury to users through a great mix of design and engineering.