Elon Musk, the CEO, and co-founder of Tesla Motors posted about the master plan (part 2) of Tesla. This is a sequel to remarks he posted on the blog of the company in 2006. Since then,Tesla has seen plenty of success, and with the success, an evolution of goals have arrived. In the second installment of his master plan, Musk has focused on some of the new plans of bringing Eco-friendly vehiclescomprising solar energy, car sharing, and autonomous cars.

In the first master plan which was released in 2006, Musk pointed out that the vision of the Tesla Motors wasto transform hydrocarbon economy to the solar electric economy.

Musk opened out his plans to comprise a roadmap which has steered the company for about a decade. At the end of the original post, Musk summarized the plan:

Tesla did quite a good job initially targeting customers to pay a premium, and then driving the market as much as possible to a higher unit volume and lower prices with each successive model. Tesla is presently on the third stage by working on the Model 3, its vehicle of the third generation. When the first master plan is becoming a reality, it is evident that thesecond part would rock too. 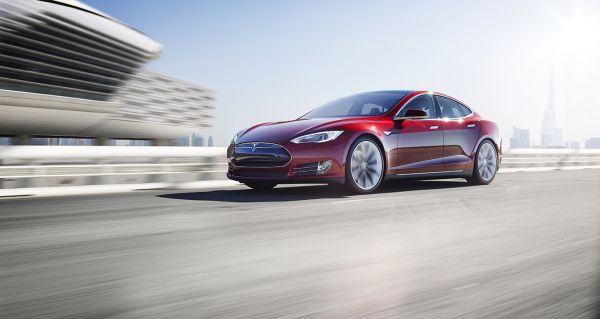 In the second version, Musk drew a portrait of achieving a sustainable energy economy by means of integrating Energy Generation and Storage, expanding to cover the Major Forms of Terrestrial Transport, Autonomy, and Sharing.

Sustainable transportation has always been a priority with folks at Tesla. Creating a smoothly integrated ‘solar-roof-with-battery product’ wasthe first component, which empowered individuals as their own utility. For this reason, Musk suggests that Tesla and Solar City should combine to remove the barriers of being two separate companies.

In the second piece, Musk wishes for expanding Tesla to cover the major forms of terrestrial transport, which means electric heavy-duty trucks, buses and a unique variety of ride-sharing scheme rooted in autonomous vehicles. Tesla is set to unveil truck and bus plans next year.

Musk finds autonomous vehicle technology progressing well over time. Together with other automakers, Tesla has been putting its efforts in making its cars fully autonomous.

While talking about sharing, he also wrote that true self-driving is approved by the regulations and it means that, Tesla can be summoned from anywhereand everywhere you want. He pointed that once it picks you up, you will be able to sleep, read or do anything else while you are on the road.

A reduction in costs for the common consumer seems vital to the latest plan. Similar to Ford, Musk is making manufacturing optimization, a priority in order to reduce costs in the forthcoming Model 3 and upcoming vehicles.

Tesla Master Plan 2 is out, and Elon Musk continues to share his vision and plans that might just give us a peek into the future of our world.