On the 11th of July Volvo confirmed that its semi truck vehicles will feature Apple Car play, which will allow more hands-free smart phone usage without taking truckers’ eyes off the road. This is just one of the steps in the efforts to make vehicles autonomous or fully automatic.  Volvo‘s latest semi truck line should pave the way for more truck companies to follow suit in the future. 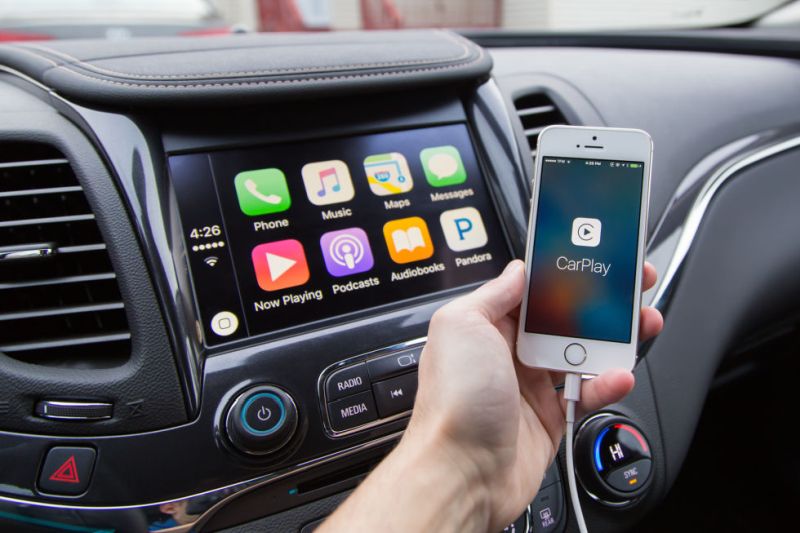 Car play is an Apple feature which enables a car music unit to act as a controller for the iphone.  The feature was officially announced all the way back in March 2014 but didn’t really take off until almost a year later. However since it did, it has been a success and many car manufacturers have added a car play support into their vehicles. In addition, you must note that it is only available on all iPhone 5 and later models and needs a firmware iOS 7.1 to function.

With Car Play support, drivers can have access to their music, incoming phone calls, messages, and other content safely. Not only through the touch screen, the Car Play controls could also be accessed using a smart steering wheel that transfers the control of almost all of the interface functions straight at the driver’s end. Volvo’s latest semi truck line must ensure that these features will help in reducing driver related accidents due to human error.

The concept of fully autonomous cars has already come to the stage where concept cars are being made and tested but the truck industry hasn’t really dived into this arena.  Self driving trucks is a far complicated idealization not just because of the more complicated and bigger machinery involved but also because trucks move large cargo and are prone to regular accidents. Volvo has taken the challenge on hand and its brand new VNL semi truck series is a foothold in the autonomous sector. 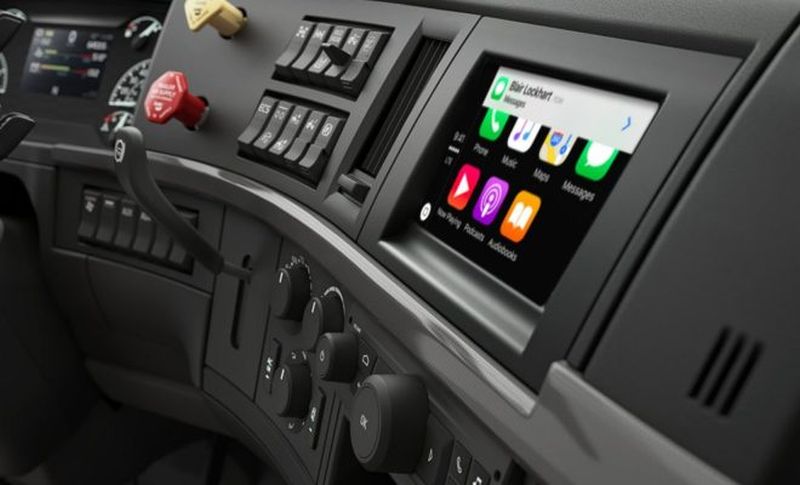 Volvo’s semi truck feature apple car play and a lot more. The VNL series is set to feature the most cutting-edge technology that the company can offer.  It will come equipped with automatic emergency breaking, collision-warning systems and adjusting cruise control. The VNL series will also feature an optional 18 cm display screen that will enhance the Car play feature and add plenty of navigational features on top of it. Other perks include an adjustable steering column, ergonomic seats with heating and ventilation, and sleeper cabs with a reclining bunk.

According to Volvo, potential customers will have to buy the infotainment package which is an optional utility not included with the truck. A back up camera will also be included with this purchase. Another thing to keep in mind is that there is no mention of Android capability, however Bluetooth is supported. The cost and pricing hasn’t been put up yet though it will be put up in the coming weeks.

The apple car play feature in the new semi truck line of Volvo is an indication of how vehicular industries are adapting autonomous features. A few years ago the thought of autonomous vehicles, especially the larger ones like trucks and buses was incomprehensible, but it seems as though by 2020 this will not just be a common sight on the roads but also a necessity of the times.