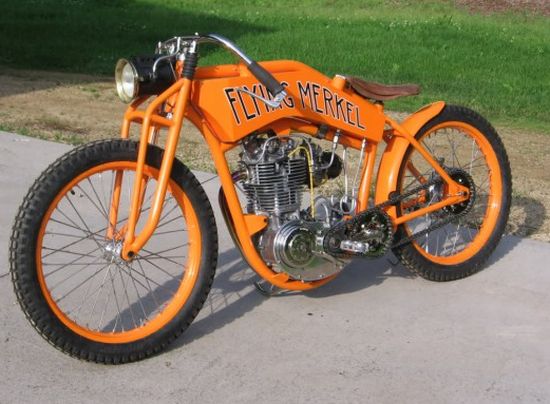 Creative minds go beyond priory; they always create a trend for future generations to follow. Their creations stand out from the crowd and remain as young as ever. One such creative genius is Terry Heydt who wanted to create a bike with a difference and he does so by making a unique Flying Merkel Board Tracker replica. However, it differs considerably from the original. The reason being, well yes, its replica at first and its parts aren’t original but bought by Terry and then chopped and molded to give it a look that somewhat, if not  every little bit of it,  resemble to Flying Merkel.

Though inspiration for the creation comes from Flying Markel, but the engine used to run this replica bike is from 1976 Yamaha XT500, for original engine of the Flying Markel was too expensive for Terry to afford. All the necessary parts were bought from the market before he started the fabrication.  The designing process was marked with lots of drawings and redrawing before he finally stopped at the full size design to make bike parts accordingly. And the result can be seen in the form of a replica bike which is Terry’s very own idea.

Now you might surely be interested to know how this bike was born. To create the coherent whole of the replica, Terry hand built all the parts other than motor, sprockets, chains, wheels and tires and headset bearings. Terry bent up the tubes for the frame, built the fork, made the brake leavers, fabricated the tank as well as bent up the handlebars. The seat of the bike comes from a leather jacket that he bought for $5 and then created a seat pan, used pillow for stuffing before finally stitching them together.

Fitting an engine was the most herculean task. Consequently, he devised a way to fit the engine in the slot and figured out meticulously how to shift gears and where the rider has to place his foot while doing so and scores of other things to put his project together. Hence, here comes one of the most amazing Flying Merkel. 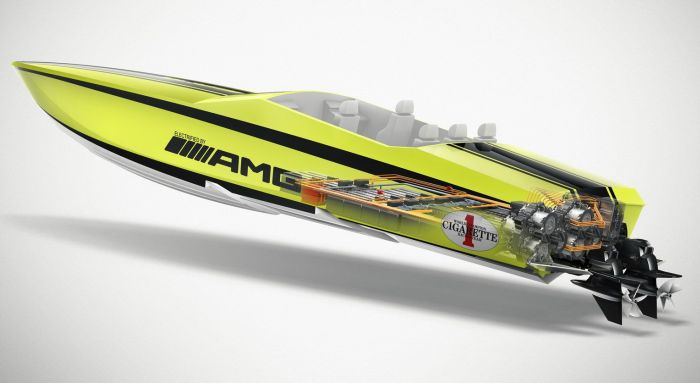 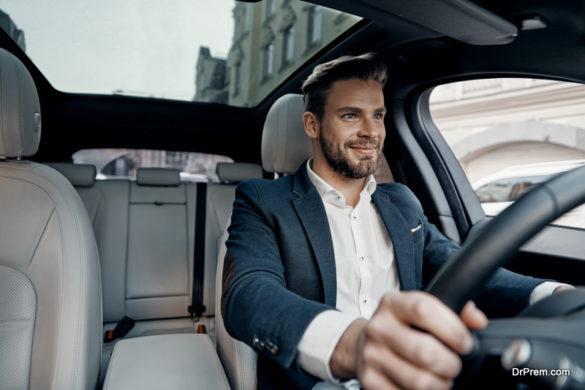 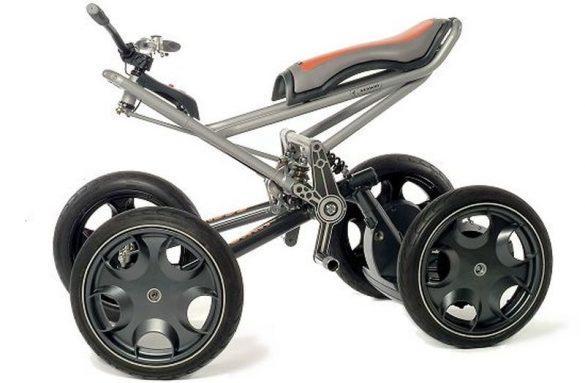 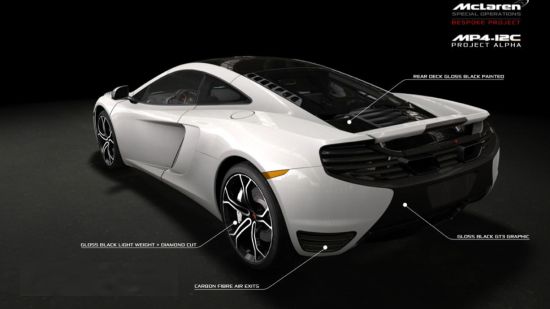