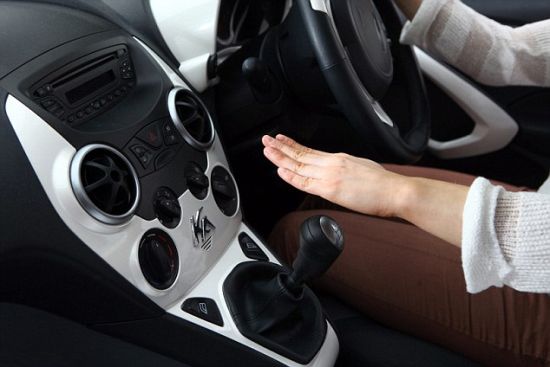 While driving, using your mobile phone, tuning your radio or music player and many other functions inside the car is always a risky business. To avoid this, there have already been cars and devices that take the driver’s fatigue in long journeys. However, the engineers from global infotainment specialists Harman have come up with a completely new concept to drive a car with facial expressions and gestures. This is made possible by creating a gadget that control car’s functions by winks and nods.

The gadget is aimed at reducing the distractions while driving. The device is a dashboard mounted infra-red sensor which is connected to the built-in computer. The computer translates the gestures and executes the function assigned to them accordingly. The computer corresponds to a list of commands to tune the radio, Sat Nav, heating and to make a phone call.

The system is undergoing testing to ensure the apt execution of commands that include a wink for turning the radio and music player on and off, the volume is raised high and lowered while nodding left and right respectively and a tap on the steering wheel is used to skip the radio station or a song. Additionally, the gesture with hand to lift the receiver and saying the name of the person from the contact list will allow the driver to a make a phone call, the left hand up above the gear leaver is to turn the heater on and left hand down above the gear know will turn the air conditioning on.

It will take, as per the director of technology at Harman, next two to three years before the technology is made available in mass production in cars. The tech will change what cars nowadays functions like. However, to make it culturally accepted throughout the world, some of the gestures in the technology will remain as standard, while some may be country specific.