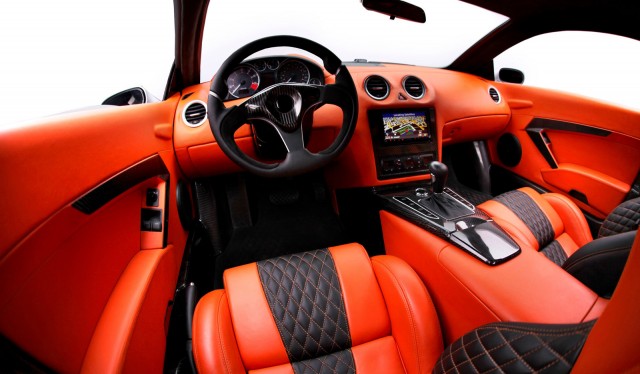 Arrinera adopts Hussarya name for its Supercar, coming in 2013

After initial kinks and hiccups resulting from the allegations for borrowing freely from the existing cars in the market, Lamborghini precisely, Poland based Arrinera Automotive finally resurrects from the shibboleths. After unveiling the first official images a couple of days back, now the Arrinera automaker names its supercar as Hussarya – a name derived from the Polish Hussar cavalry that served the army between 16th and 18th centuries.

Flaunting a new design, which is entirely different from the original concept, some noticeable changes in the Arrinera Hussarya can be witnessed in the form of changed cockpit design, removal of scissor doors and increased ground clearance. The car features wind tunnels tested to 360km/h, Lee Noble-designed high-strength steel chassis as well as independent suspension and two spoilers that add muscular stance to the car.

Powering the Arrinera Hussarya will be a GM sourced mid-mounted 6.2-liter supercharged LS9 V8 engine that also propels Chevrolet Corvette ZR1. The engine churns out a massive 650hp and a peak torque of 820 Nm. Engine is connected to Graziano’s six-speed gearbox that enables the 1,300kg car sprint from naught to 100km/h in just 3.5 seconds, 0-200km/h in 8.9 seconds, with its top speed at 340km/h.

The new looks of the car owe to the Arrinera designers and experts at the Warsaw University of Technology who worked in close proximity for 14 months. The Arrinera Hussarya’s testing is to start shortly at Applus IDIADA automotive research center in Spain with its sales expected to begin in late 2013. The price is expected to start from 116,740 Euros (160,060 USD / 100,000 GBP).

Top tips to maintain you cars

Ferrari 458 Italia gets gold makeover in...