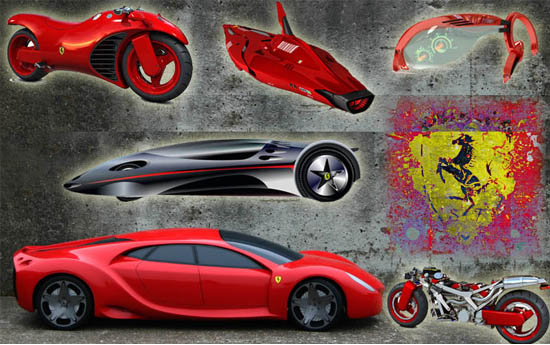 Ferrari cars are all about seer elegance, racing thrill, unbeatable performance and god knows what not but everything a racecar enthusiast can think of. No wonder, the cars rolling out from Ferrari’s Maranello based factory are eye candies as far as design is concerned and aggressive if we talk about the overall stance. Brand is loved all over the world and people are thrilled to see its cars screaming on the road. The Ferrari sports cars have long been an inspiration for the designers across the world who imagine them in different forms every now and then. Compiling here is a list of Ferrari concepts – cars or bikes – that are simply awesome. Hit past the jump to check them out. 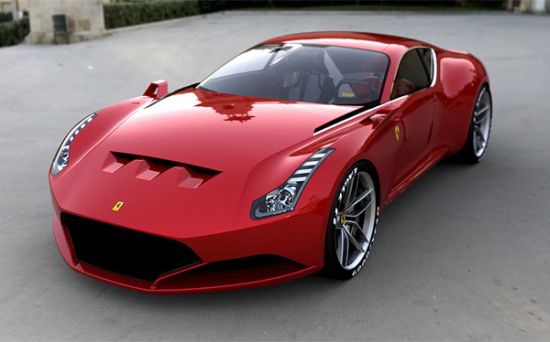 The concept: Presented as a design study of a possible future Ferrari sportscar, Ferrari 612 GTO Concept is an imagination of Sasha Selipanov from Berlin, Germany. The concept is one of the most beautiful Ferraris ever imagined and blends traditional and modern styling cues. Ferrari 612 GTO Concept borrows design elements from existing Ferrari models and has some proportions and design cues similar to that of Aston Martin cars. The rear end flaunts the muscular shoulders that make one think of the sportscars from 1960s. 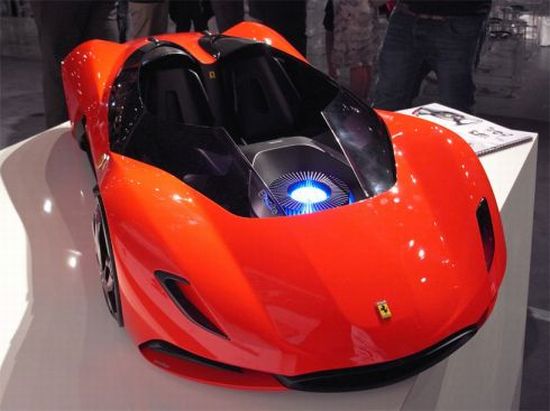 The concept: Ferrari Eternity Concept from three students of Hongik University was the winner of Ferrari World Design Contest in 2011. The hybrid electric sports car is propelled by a hydrogen fueled engine with Fly-Wheel Energy Storage. In order to reduce the friction and to ensure the smooth drive, the concept features Maglev System Wheels. The body of the car is created entirely out of carbon fiber to keep its weight to a bare minimum and lithium coat gives more power to the car’s engine.

The concept: Drawing inspiration from the F1 racing cars as well as their street legal GTs, Ferrari Aliante concept was designed for the Ferrari World Design Competition 2012. The concept features big muscular shoulders, low profile as well as wider grill and elongated LED headlights that bring in the reminisce of current 458 Italia. However, the rear end of the car has a close resemblance to Ferrari Enzo. 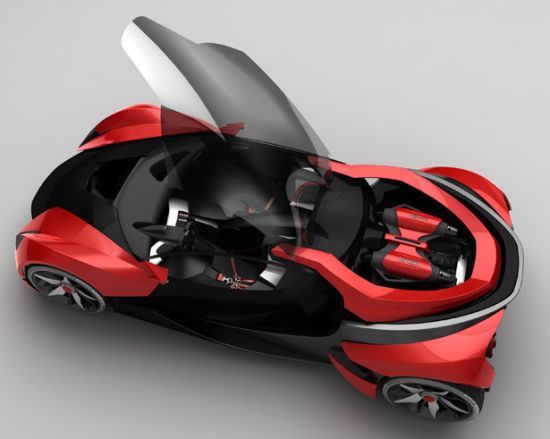 The concept: Designed for the Ferrari World Design Contest, Ferrari F750 concept is aimed for the year 2025 wherein the world population will be close to 11 Billion. Consequently, the demand for the energy will grow and there will be more need to focus on saving fuel and environment. Ferrari F750 concept has been designed to fit well not only in such a scenario but also firmly presents the racing spirit and brand’s history. This Ferrari weighs only 750 kg, which means it will increase the fuel efficiency. On the other, it will have rear mounted petrol engine intact and will be supported by two front electric motors that will provide the beast instant torque to scratch the road. 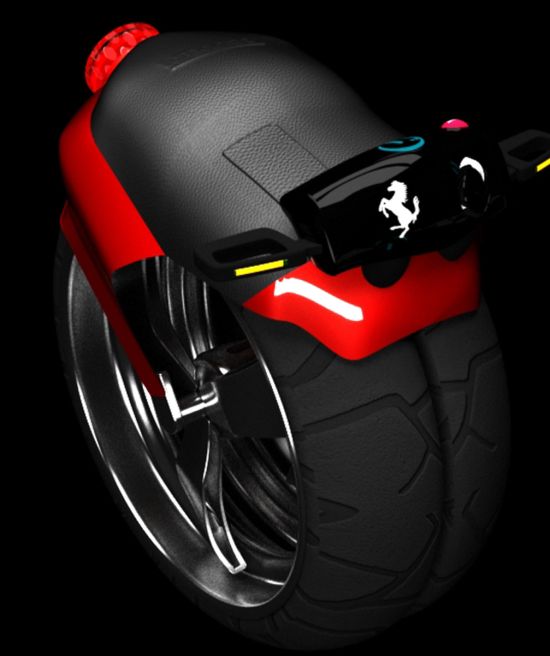 The concept: We already have some Ferrari concepts featured here, but this one is entirely different. This concept is christened as Ferrari – The Pop Bike. The brainchild of Australian industrial designer, Kourosh H.Esfahani, the bike is placed between bicycles and fierce motorbikes. The two wheeled, battery powered electric Pop Bike is designed emission free and compact for the future wherein the space on the road will be cramped and level of pollution high. 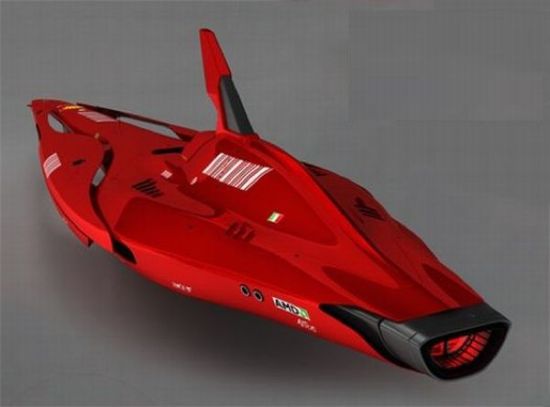 The concept: Before delineating the Flying Ferrari X-Racer concept, the designer envisions racetracks in the air for 50 years from now. Measuring 8 meters in length, 12m in width and 1.56m in height, Flying Ferrari X-Racer concept to feature two turbostator engines with Xtrem FireForce, which will propel the vehicle with a thundering speed of Mach 2, which is equal to 1522 mph. 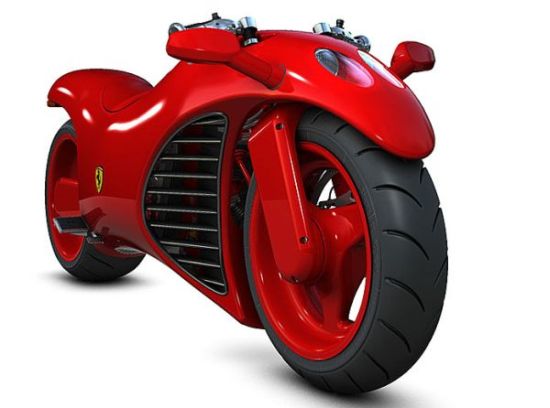 The concept: The immaculate Ferrari V4 Motorcycle bike features state of the art design and best of the technology that include a customized Ferrari Enzo engine, hand controls from an F-16 fighter, jet buttons from a F1 racecar, adjustable ride-height suspension, dampening control and an all weather LCD panel. 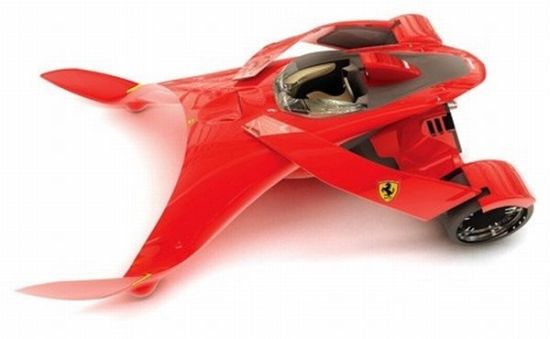 The concept: The source of inspiration for the Ferrari Monza Concept is Ferrari Enzo. Monza is imagined for speed lovers and has a built-in autopilot feature wherein the computer takes over the controls once the car goes beyond a certain speed limit. Capable of touching a top speed of 200mph, the concept features a great aerodynamic design with functional features that enable it to move briskly and improves fuel economy too. 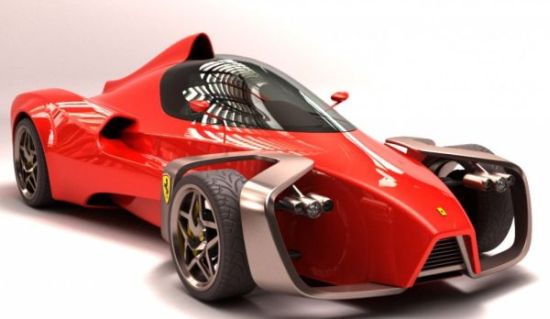 The concept: The single-seat aerodynamically strong Zobin Concept is inspired from Ferrari F1 cars and features integrated front spoiler and fenders for the open look. Powering the stylish car is a motor, placed in the mid-rear position, that enables the car to race well over the 200mph mark. 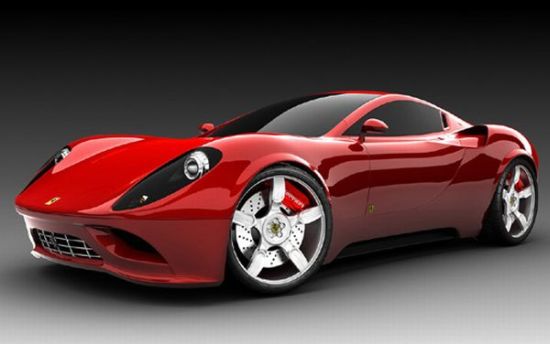 The concept: The concept is the reinterpretation of the original Dino, named afer Enzo’s son, by Ugur Sahin for Dubai’s ‘Wheels Magazine’. Ferrari Dino concept is imagined as an entry level Ferrari for the 21st Century and features the looks similar to the original Ferrari Dino. Additionally, the round styling elements around the wheel arches and elegant design cues give it retro-modern looks. 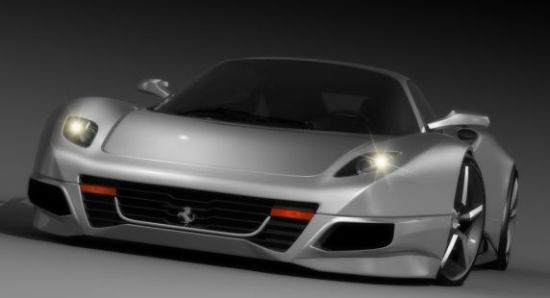 The concept: Merely a computer generated image so far, Ferrari F250 Concept is imagined as a lightweight entry level Ferrari. Its name is derived from Ferrari 250 GTO and is a rear wheel driven car that gets power from a mid-mounted 2.5-liter V6 engine that runs on bio-fuel. 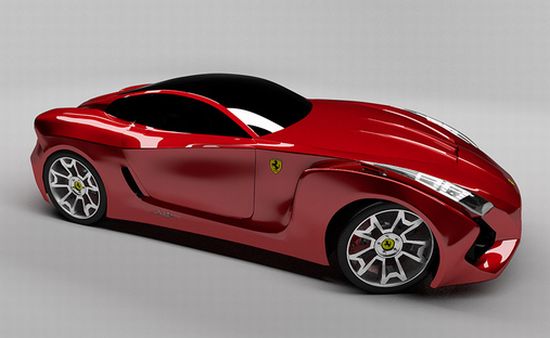 The concept: The Ferrari Fx1 RR concept comes from Albanian designer Marin Myftiu and is inspired from Ferrari 250 Testarossa prototype of 1957. Apart from Ferrari 250 Testarossa prototype, the light arrangement and geometry of the concept is inspired from twin-engine jet fighters like F-18. Ferrari Fx1 Road Raptor or Ferrari Fx1 RR is simply Marin’s venture to give traditional classic design elements a modern interpretation. For the stance, the Ferrari Fx1 RR concept borrows from the Testarossa that features front wheel arches totally separated from the intake. Similarly, the concept flaunts exotic parts that extend like a blade resulting in a thin nose resembling, again, to that of a fighter jets’. 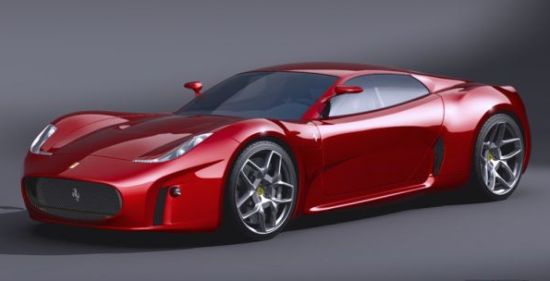 The concept: Luca Serafini proposes a future replacement of the V8-powered F430 model in Ferrari concept 2008. The sleek and beautiful Ferrari Concept 2008 is to be propelled by a mid-mounted V8 engine, as in F430.

Five transportation predictions for the years to...