Motorcycles are prone to accident. According to 2016 statistics, the fatality rate for motorcycles worldwide was a staggering 72.34 for 100,000 registered bikes (compared to only 13.10 for cars). Motorcycles are just made that way. From the exposed elements to factors on the road, it is always a risk to ride one, no matter how seasoned the rider may be. Even with antilock brakes, traction control, and airbags, the numbers are too high. The manner of the accident is a factor and sliding or skidding off road is a common one. The skidding results in loss of traction and usually occurs while making a turn. 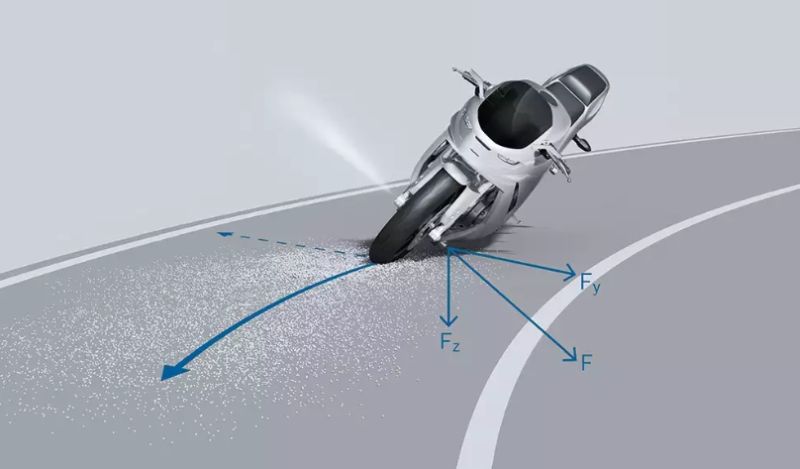 Now a space-age solution is being applied to motorcycles to make them much safer. As unreal as this may sound, this is exactly what the German company Bosch is doing. The Bosch thrusters motorcycle safety technique which involves the mechanism of space jet thruster could be something revolutionary. Although currently in the idea phase, this implementing of thrusters can be a lifesaver for motorbike riders. But what is space jet thruster and how will it assist in anti-sliding? Let’s find out.

What is space jet thruster exactly?

The space jet thruster uses pressurized gas to push the body, which can be anything from a bike to a space shuttle. The compressed gas is used in shuttle launches and even in solo astronaut space outing missions. You may have seen in the movies how an astronaut uses jetpacks to navigate. The principle is the same, only here it is used to counteract the sliding wheel and push the bike in the opposite side. The pushing the body in the opposite direction is physics 101 and the equipped Bosch thrusters motorcycle will simply not topple over when skidding.

The simple principle, however, comes with a catch. It will be exhausted once used and cannot be refueled or retained. You might have to buy a new fitting of the compressed gas. This isn’t surprising as even NASA has been trying to find a way to make the gas reusable or somehow retain it but results haven’t been successful.

What type of crashes does this new tech assist for? 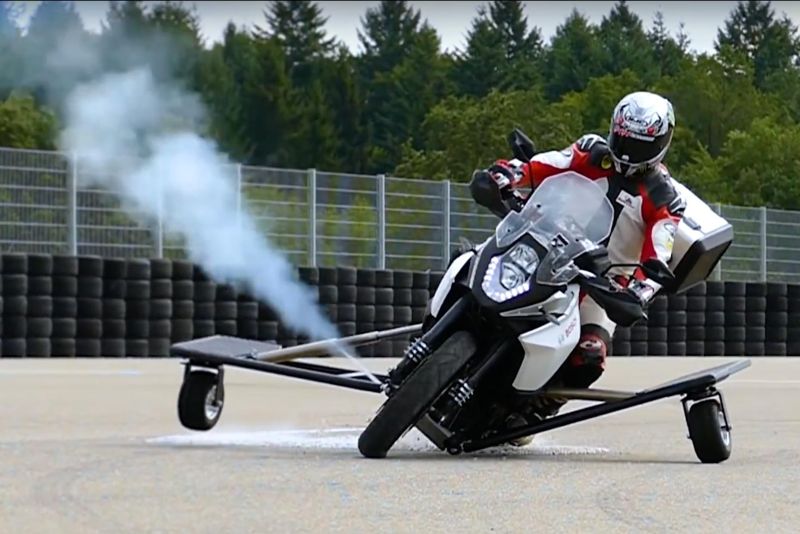 The crash this system will probably minimize is one of the most common that bike riders often face- running over unstable ground and sliding. The quality of the road isn’t perfect everywhere and even where it is, one can never be too sure. A rain event, dirt or sand can and do catch many riders off guard. Furthermore losing traction on one or even both the wheels in a turn is a common phenomenon. The anti-slide safety system will prevent many casualties as this is one area where the rider doesn’t have any control over his circumstances.

The compressed gas will allow the tires to regain the traction and the rider will gain control over his vehicle and hopefully save himself from a fall. The skidding and sliding of a motorbike is a dangerous phenomenon and accounts for the majority of bike accidents. If this is taken care of, then the number of casualties and fatalities related to motorbikes will drastically reduce.

So we have answered the question of what is space jet thruster for the average public but what are current developments in the area today? According to Bosch, it is still in the research and development initiative state. The regional business unit leader for Bosch two-wheeler states that there are still a few technical challenges left to resolve before this technology is launched for the masses. The anti-slide safety system is a much more advanced bit of technological assistance than other features like blind spot warnings and adaptive cruise control-  both of which are already being released in upcoming bikes.

Bosch seems pretty determined to get this technology implemented on road bikes and even have a name going around for it- the sliding mitigation project. If readers are pondering on practical aspects like what is space jet thruster and how on earth will it apply to a simple motorbike they may soon find out. Bosch already has a fully operating working prototype.

This is an exciting new technology, which can really come to assistance for riders. In countries such as India and China with uneven roads and dangerous turns, motorbike accidents account for the majority of road fatalities. The usage of rocket propulsion assistance would save many lives in such places. Of course, things are only in the testing phase yet and we may never know if an actual prototype will even be launched for the masses. Questions such as refueling and the additional weight these gas chambers will add to the bike are yet to be resolved. What is a space jet thruster without the complicated mechanics that are used by high-end corporations such as space agencies? Would these elements not be required, even if it isn’t a space shuttle but a bike?

Regardless, Bosch has our attention and a company needs to be commended simply for thinking on these lines. Motorbike owners and prospective buyers of future bikes will have to wait and see if their machines will someday come with rocket propulsion features. This will be science fiction turned into reality.