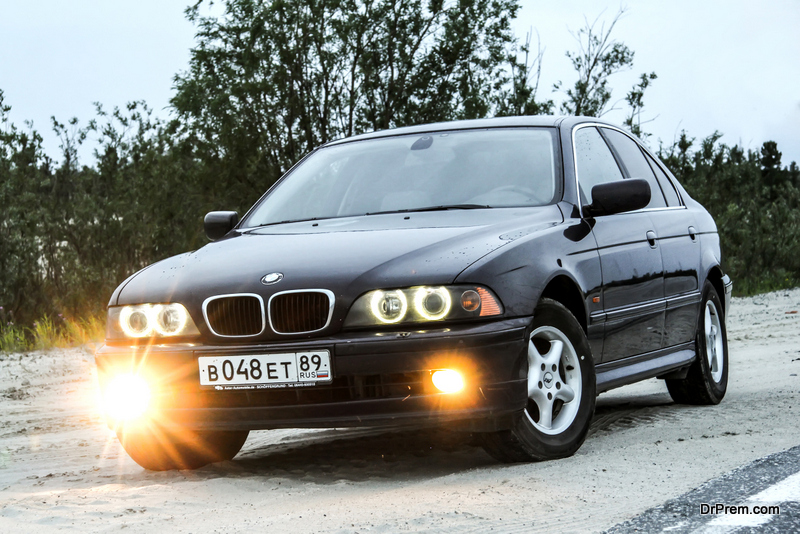 By any means, a front fog light is not a standard tool. In fact, there is a lot of misunderstanding on this about when and how to utilize them. A fog light is actually only handy in a very certain condition, unlike low beam and high headlights that are both used regularly. The truth is that a fog light is specifically developed for use in conditions, such as poor weather, where the visibility is reduced severely by dust, sand, fog, or mist in the air.

Another misunderstanding about fog lights is that all of them are yellow and many of suppliers in the market utilize the terms “driving lamps” and “fog lamps” to denote the precise same product or provide an assembly combination of “driving and fog lamps”. Actually, the term “driving lamp” is a vague expression that often refers to the headlight of the car. So, what really is a fog light and are fog lights on a car necessary?

What are Fog Lamps or Fog Lights? 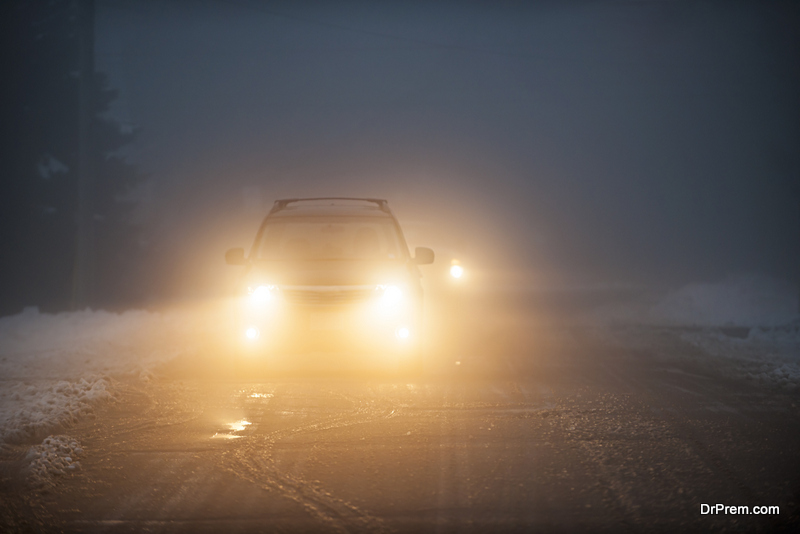 A fog lamp or fog lights are a type of vehicle headlight that is developed to emit a bar-shaped beam of light. Usually, the top of the beam is intended to have a sharp cutoff. The actual light of a fog light is typically attached low and targeted towards the road at a certain angle.

The orientation and position of a fog light could be contrasted and compared with low beam and high beam headlights to know precisely how these apparently the same devices are different. Low beam and high beam headlights are both targeted at a comparatively narrow angle. This enables the headlight to brighten the ground a far distance in front of the car. On the contrary, a fog light utilizes a sharp angle. This means that fog lights only brighten the road that is directly in front of the car.

Several fog lights generate a selective yellow light. Because of this, there is a huge misunderstanding that all fog lights have yellow lenses or yellow bulbs.

When to Utilize Fog Lights

Many of the fog lights utilize selective yellow light since they are targeted low. When the driving conditions are great, fog lights are somehow useless. Meaning, unless you are experiencing low visibility condition when driving, there’s no good reason to turn the fog lights on.

Several conditions where a fog light could be handy include poor visibility situations caused by snow, fog, rain, or an excessive amount of sand and dust in the air. The high beams reflect back at the driver if he or she drives in a poor visibility condition. This causes a dazzle or glare effect. In these conditions, you must avoid using the high beams.

The concept here is that a fog light only brightens the road directly in front of the car, unlike main beam headlights. This means that whenever you are only using the fog lights, it is risky to drive at any type of a high rate velocity. The truth is that it isn’t legal in several places to drive using only the fog lights, even if the main headlights are generating glare.

In several occasions where a fog light is actually required, the main role is to allow you to carefully and slowly proceed to your destination or to another area where you could wait out the bad weather condition. 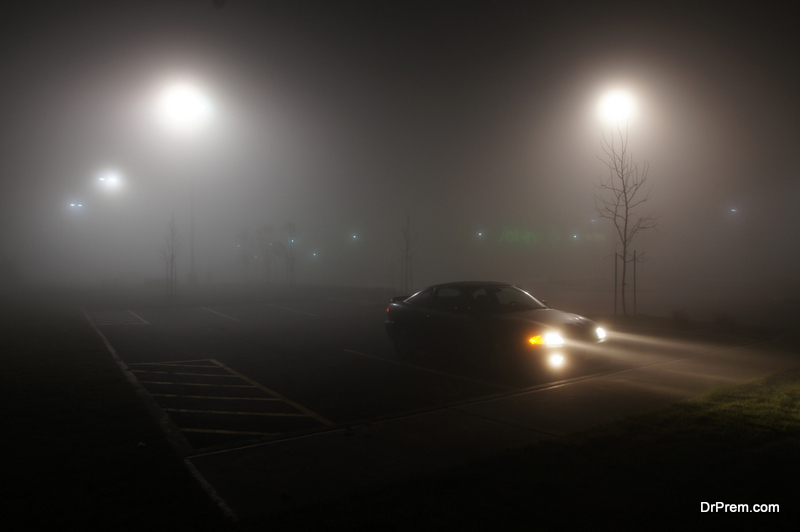 Though it might be tempting to utilize a fog light all the time to fill that blank space, there is a great reason not to use them. The problem is that having the surface of the road lit up directly in front of the driver could tend to dilate the eyes. This often lowers the ability of a person to properly see the darker road far in front of the car. Though it is handy to utilize the fog light to have a visibility in front of the car while slowly driving, it is really bad news to turn them on in normal driving conditions, and at normal driving speeds.

Are fog lights on a car necessary?

Well, the truth is that most individuals do not need them, even though a fog light has its uses. A person only needs a fog light if he or she drives to a place where the visibility is always very low. Most fog lights aren’t that useful since they are only handy in a very small range of conditions.

Many places ban the use of a fog light in situations other than mist or fog, or in other serious weather condition that may permit their use. The fog light’s brightness could be a safety risk since it could potentially blind drivers in front of the car. This might result in an accident. Thus, you should only use a fog light in misty or foggy conditions. If the weather conditions don’t permit it, do not ever drive with a fog light on.

Almost all vehicles only utilize low beam and high beam headlights. Fog lights are only developed to make drivers travel even in a bad condition. A lot of new vehicle models come with a fog light as a standard tool. However, a lot of people do not really know when to use those lights. So, to answer the question above, are fog lights on a car necessary? Well, not really if you are driving in a place where visibility isn’t an issue. However, if you are located in an area that is always suffering from bad weather conditions, then a fog light is necessary.

5 Most Common Traffic Tickets in Southern...

Should You Buy A Salvaged Car? Read...

6 Tips for Purchasing A New Car

How to Choose the Right Wheels for...