Home Auto Chunk Popular Infiniti Concept 10: A delightful blend of the past and the future 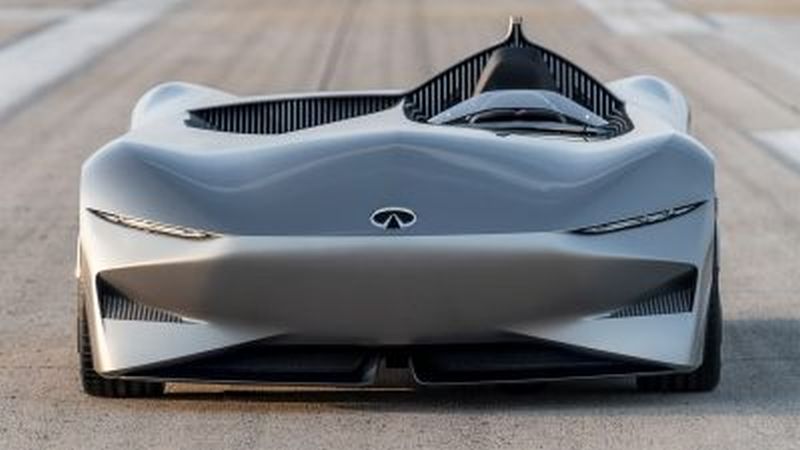 Infiniti Concept 10: A delightful blend of the past and the future

It was a delightful spring day in August. The azure waters of the Pacific Ocean formed the perfect backdrop for sylvan surroundings of Pebble Beach. And this magical location is where the stunningly elegant Infiniti Concept 10 was revealed in its full glory to the world. 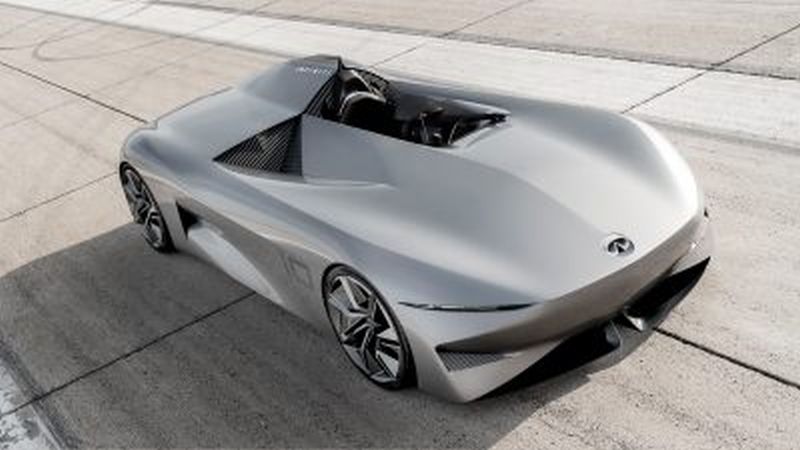 It is clear that Nissan’s premium sister brand Infiniti is getting future-ready. And how! Infiniti electric car seems to be their buzzword for the future. As revealed at Pebble Beach, future cars 2021 show the promise of the perfect blend of the old and the new. Its design inspired by vintage cars, the Infiniti Concept 10 runs using the technology of the future.

For the uninitiated, the golf course at Pebble Beach, California serves as the scenic venue for car collectors across the globe to compete. One fine August day every year, the golf course transforms into an automobile enthusiasts paradise. The golfing greens transform into a vintage car display zone. What began as car collectors’ competition in 1950, has now morphed into a showcase of vintage as well as visionary cars of the future. And each year, the bar is set higher! At Pebble Beach, the competition is not about speed. Cars are judged for their style and technical superiority. The judges also see how the original inspiration, vision and idea have been translated into the final design.

Infiniti Concept 10 – a summation of the company’s vision

Tentative sketches released before the unveiling of the car, did not do justice to the work of art it truly is. While its curvy, elegant design is sensational, the car is attempting to translate the brand’s vision. Karim Habib, Infiniti’s Executive Design Director said once that for them, performance is all about electrification. And efficiency of an electric car can bring joy to our life in a bigger way. As revealed at Pebble Beach, this prototype for its future cars 2021, Infiniti Concept 10 stands true to the company’s vision. The company’s electrified cars of the future will be both powerful, elegant and a sheer joy to drive. 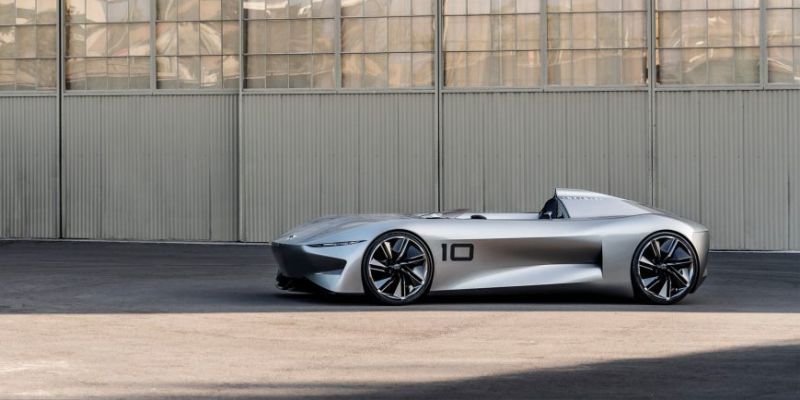 Standing gracefully on display at Pebble Beach, the bodywork of Infiniti Concept 10 seemed like a sheer work of art. Its delightful curves and unusual geometric angles are a feast for the eye. Its design looks fluid and free flowing as the eye glides seamlessly from the signature front grill with a three dimensional logo to the black chin spoiler at the base of the bumper. The open driver’s seat and its minimalistic windscreen, gives a sense of freedom. The no-nonsense cockpit makes it clear that the driver is the focus of this breathtakingly beautiful Infiniti electric car.

As a future-ready car, it is clear that the Infiniti Concept 10 has been designed to be a game changer. The car takes inspiration from the early Californian race cars and has been designed after analysing some of the most iconic car designs across the ages. This prototype is a step forward from the Concept 9 which was revealed in 2017. This new Infiniti electric car is designed to serve as an inspiration for all future electric and e-power vehicles.

Designed by some of the best global minds 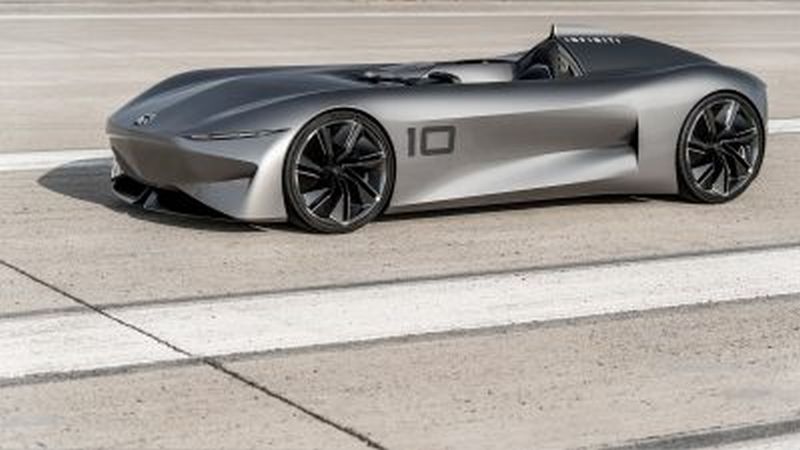 Significantly, this is the first project by Infiniti that has come to the limelight after Karim Habib took over as the Executive Director, Design. It speaks volumes about the vision and design philosophy of the brand. Interestingly, the creation of Infiniti Prototype 10 is a truly global effort. It was digitally designed in the company’s UK facility and this was overseen by the company’s design facility in Japan. After the design was finalized, the car was handcrafted by the company’s facility in San Diego, California. Clearly some of the best global minds in automobile design have put their thoughts together for this incredibly elegant prototype.

One significant step at a time

Infiniti’s vision and direction of thinking has been clear for some time. Last year at Monterey Car Week, the brand’s Prototype 9 was revealed. It was a single seater, vintage car that took its inspiration from grand prix race cars. It was essentially a designer’s interpretation of how an Infiniti race car would have looked in the 1940’s. Infiniti has been putting a lot of thought into their cars of the future. Their vision is a car that looks and feels vintage, but runs on truly eco-friendly fuel. The objective is to deliver a car with absolutely no compromise on speed, driving comfort and of course the focus is on technical superiority.

With cars of the future going the eco-friendly technology route, we can be rest assured that the world is in safe hands.

Innovative automobile designs in 2018: Know all you need