A collision between vehicle and pedestrian accounts for more than 1.2 billion deaths and 10 million injuries worldwide. In the past, attempts were made to reduce the accidents by traffic education, changing traffic rules, introducing pedestrian bridges, guidelines for safety on the road etc. In recent years, crash engineers changed the design to protect the vehicle occupants, but less interest was shown to protect the pedestrians.

However, if we take an example of a road accident, the pedestrian has chances to sustain more injuries in comparison to the occupants. It was believed that the impacted pedestrian cannot be saved just by making changes in the vehicle design.
Now, they are also working on changing the auto design for pedestrian protection. It involves redesigning of hood, bumper, pillars, and windshield, without impacting the integrity of vehicles. 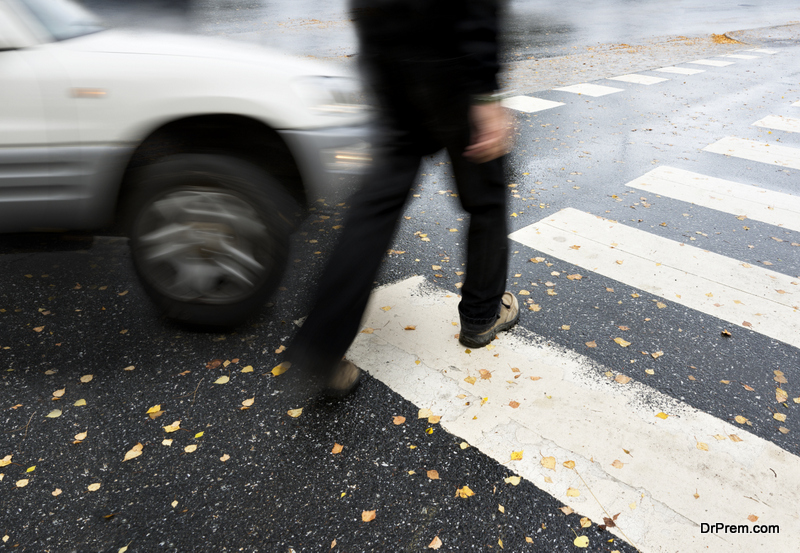 In most of the cases, a moving car crashes into a walking or standing pedestrian. Once, the pedestrian is accelerated with the car until the brakes are applied. While getting hit by car, pedestrian is impacted twice, first by the vehicle and then by the ground. Most of the fatal damage to the body is made by car. If we talk about the sequence of a collision, lower limbs are hit first by the bumper, hood hits the thigh/pelvis and head or torso gets injured from the upper surface of the bonnet/windshield. If a large vehicle is involved, then it hits the pedestrian above the center of gravity. Pedestrian is thrown forward and eventually gets overrun by the decelerating truck or bus.

Precise trajectory or severity of injuries depends on the size of running vehicle and pedestrian, its speed and position of a pedestrian before impact. 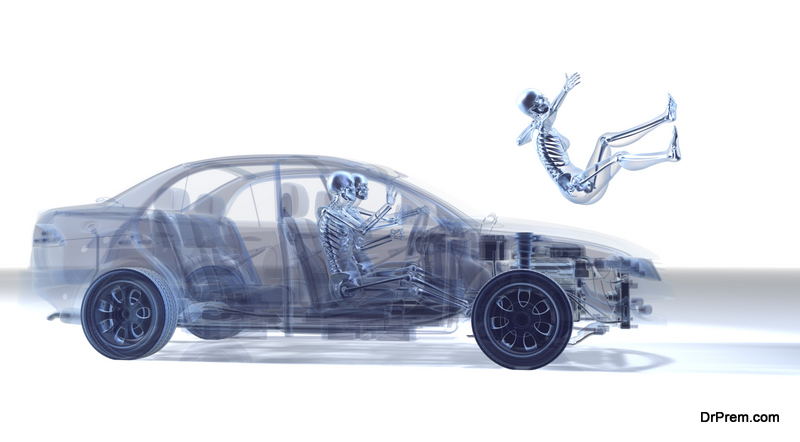 Four groups are working on test procedures to assess the degree of injuries and how vehicle manufacturers can add some auto design for pedestrian protection. International Standards Organization (ISO), United States National Highway Traffic Safety Administration (NHTSA), the International Harmonized Research Activities (IHRA) and the European Experimental Vehicles Committee (EEVC). Each group is working on different scenarios and tests wherein a pedestrian can be impacted while getting hit by car to develop technologies that can show some friendliness during the crash.
To check the possible potential of the collisions, EEVC developed a series of tests including a 40 km/h vehicle impacting a pedestrian. The test covers front areas of the vehicle and locations of pedestrian where it can hit including lower limb, knee joint, and head. 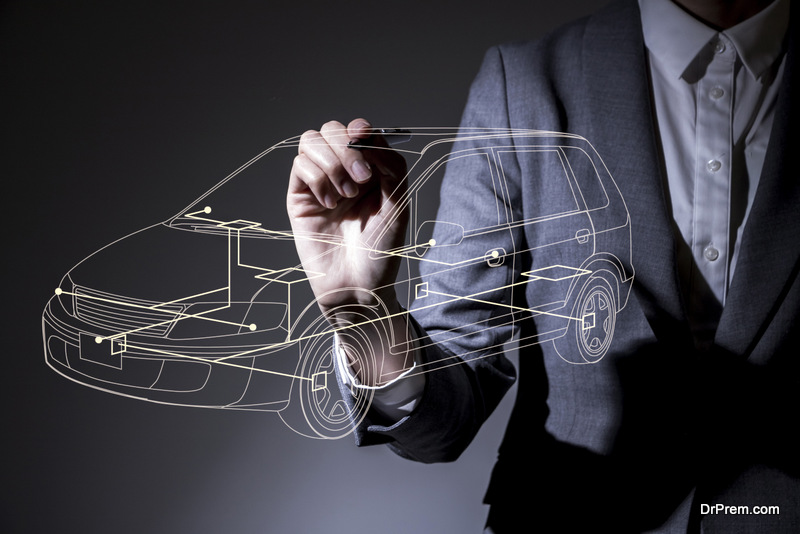 Most of the pedestrians die because of the brain traumatic injury occurring due to head hitting impact of hood or windshield. Disability or severe injuries on lower limbs are common results of such accidents.

A device fitted in the front referred as Frontal Protection System (FPS) protects cyclists and pedestrians from the collision. It is built with energy-absorbing materials.
After 2005, Volvo introduced Automated Advanced Driver Assist Systems (ADAS) has features like new pedestrian detection and crash avoidance system that tried to protect the pedestrian through active means rather than passive.

GM offers vibrant seat system in Cadillacs manufactured after 2003. If the drivers drift from traveling lane, the seat vibrates on the side of drift. Seat vibrates on both sides if it detects any threat on the front.
Presence of entertainment features inside vehicles and the use of mobile phones are few reasons that lead to suck collisions and calls for an auto design for pedestrian protection.

Driver Alcohol Detection System for Safety (DADSS) will not allow drivers to start the car if it detects breath alcohol. The National Highway Traffic Safety Administration and Automotive Coalition for Traffic Safety want the same to implement in all the vehicles. 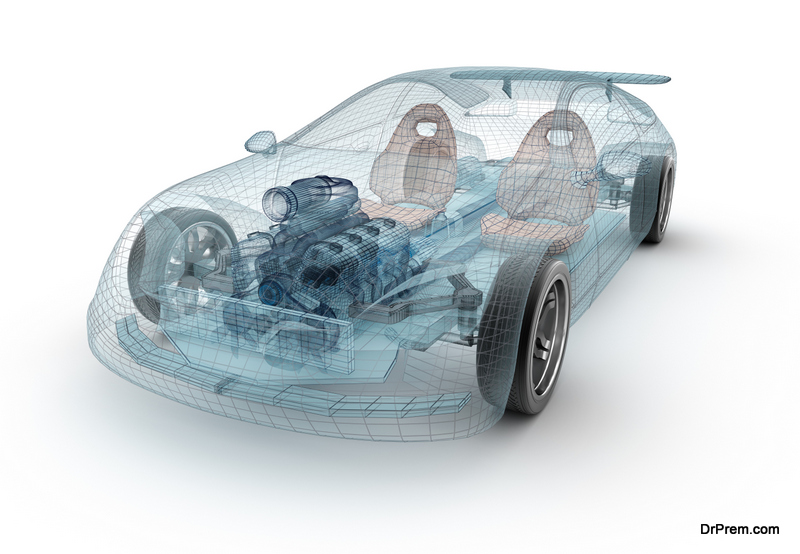 To follow the safety standards, Automakers started working on an auto design for pedestrian protection that could cause less harm to pedestrians in case of an unfortunate accident. Exterior mirrors are now attached on springs and in some vehicles, there is a soft plastic coat over the hood to minimize the impact.

Majority of the vehicles sold in the US have hood braces that crash once there is an impact from above. Recessed door handles is another stylish yet safety addition from car manufacturers like Honda, Lexus, Volkswagen, Acura, Nissan, and Volvo.

Life-changing injuries occur when there is less clearance between the hood and underlying stiff and edged engine components. A gap of 10 cm is enough to reduce head injuries, but creating this space is not always possible because of the aerodynamic and styling constraints. Engineers tried to overcome this situation by developing deformable hoods. Ambitions engineers are also trying to add airbags that will be activated after impact to covering stiff regions of the hood.

A comparatively safer vehicle Land Rover Discovery Sport features an under the hood airbag that activates after sensing a hit and also protects the pedestrian head from harsh areas of windshield pillars. Volvo V0 also comes with the same technology. 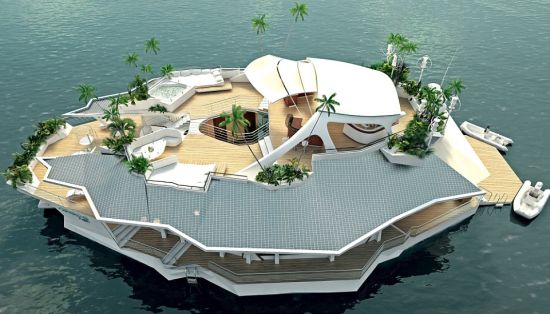 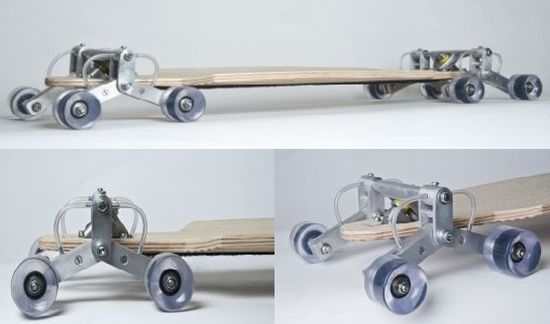