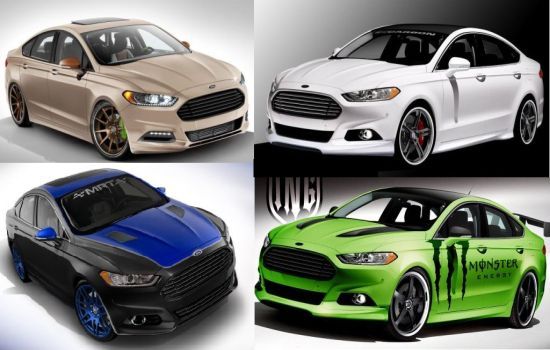 It’s more than three weeks for the coveted 2012 SEMA Show but the news has already started pouring in about the vehicles to be unveiled. The first one that struck me is from Ford that will come to the show with four customized Fusion cars constructed by tuners from all over US. Discussed in detail hereunder are four aftermarket Ford Fusion cars, hit the jump to check them out. 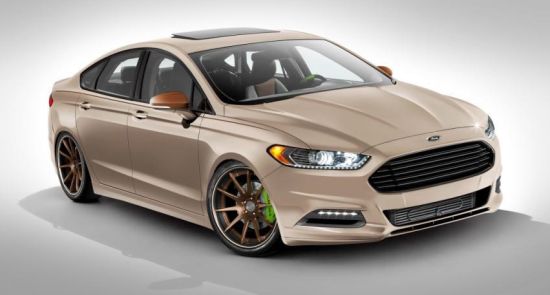 The first one is Tjin Edition Ford Fusion that combines the performance with luxury and is customized with best aftermarket products available. Outside, the car has a custom DuPont Beige paint job, webasto sunroof, 3d Carbon lip kit and headlights as well as fog lights from LightWurkZ. Inside, you can find highly redone interiors from Katzkin and a sound system from Scosche Audio. The performance also takes a leap with unique fabrication and vibrant turbo kit and MagnaFlow side-exit exhaust add more to the sporty looks of Ford Fusion. Also there are 21-inch iForged Concave wheels draped in Falken tires, a brake upgrade and suspension from Pedders completes the package. 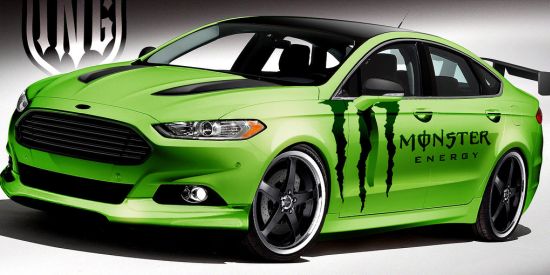 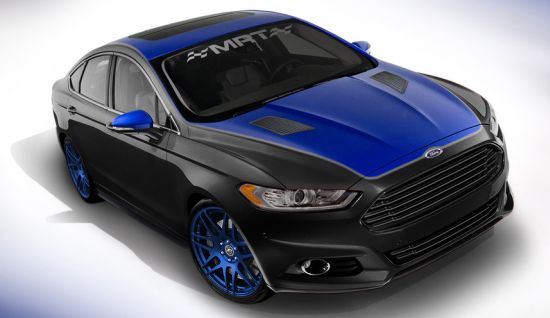 At 2012 SEMA show, MRT performance will showcase its Ford Fusion which flaunts style and a special performance package for the streets. Grabbing your attention with sounds from Eco-Flow exhaust and performance stance, the Ford Fusion from MRT Performance also blends styling with balanced chassis and modest powertrain tuning to become a favorite of sedan lovers. 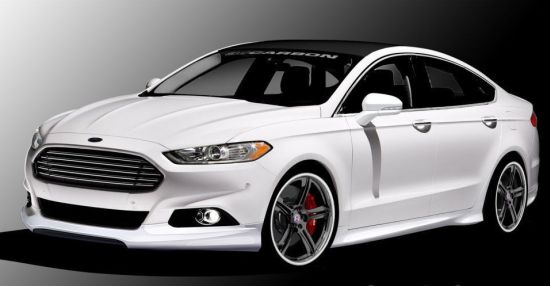 3DCarbon will also showcase its Ford Fusion. Featuring a European influence, Fusion is a perfect combination of style and performance. Taking inspiration from classic European sedans, 3DCarbon body kit for Ford Fusion embellishes the elegant, new silhouette of the car by visually lowering and converting it into a more attractive sedan to get a lot of sinister stares on road.