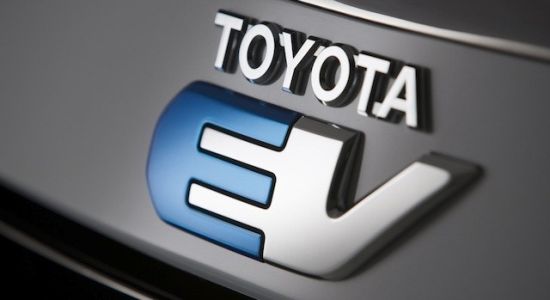 With the advent of electric cars in the 18th century, there are a few advances that automakers can really boast about electric batteries, apart from claiming it’s more efficient, lasts longer but it’s basically the same but with change of material in its making. One such effort comes from Japanese automaker Toyota who has been more into hybrid cars but now striving into electric car batteries too. As a result, it has stepped up the pace to find a successor of Lithium-ion batteries.

Researchers at the Toyota Research institute based in North America are working vigorously on developing anode material that can be used in a magnesium-ion battery. The material will offer 30% more operating voltage and capacity in comparison to lithium-ion batteries. Also, to boost up the performance of the battery, rechargeable magnesium-ion batteries will be combined with a M06S8 cathode in a conventional battery electrolyte. Such a battery, as Toyota claims, will be capable of covering over 600 miles on a single charge.

The use of batteries in the electric vehicles and hybrids is gradually changing the way we travel, but there always remained concerns about range and performance even when they are cleaner alternatives to their fossil fuel counterparts. It is a major hurdle for such vehicles to become a success in the mainstream. So at a time when the race to produce the most efficient or say best electric car is heating up with each passing day, batteries made of various material like magnesium, aluminum and calcium-ion as lithium-ion successors to get a lot of interest, particularly the use of Sodium which is one of the most abundant elements on earth will also reduce the cost of batteries. Toyota aims to ready the battery for the mainstream use in its cars by 2020.

6 Smart gadgets that work with the...

9 Reasons Why Hydrogen Cars Are The...