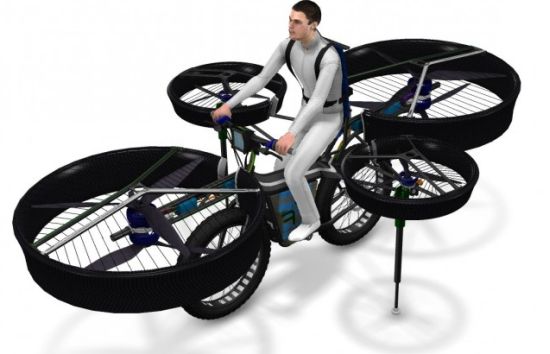 Flying bikes and cars have been in the news for a long and desperately pursued by designers and automakers equally. As either of the two is yet to take a flight, there have always been imaginations from designers and some personal interpretations from engineers as to how it’ll look or what will be the mechanism behind its functioning. Here is that just another interpretation that appears in the form of a collective effort from a bunch of Czech companies and enthusiasts who have imagined what we simply call as ‘Flying Bike’ or ‘FBike’ for that matter.

The Fbike project started in the autumn of 2011 and is in the early stages of development. The Flying bike is proposed to be equipped with a number of electrically driven propellers that will be added to the frame and enable it to remain aloft as long as its battery doesn’t run out of the vital juice. The project is the result of the joint efforts of Jan Cinert, Jindrich Vítu, Martin Dršticka, Michal Krivan, Filip Plešinger, Milan Duchek and Jozef Lajda who used 3D modeling tools to delineate the renderings of a multicopter bicycle.

Fbike will function like a normal bike but will be fully capable of vertical takeoff, landing and, of course, flying. The present design of the Flying bike features six propellers, instead of eight added earlier. As per the designers, the flying bike will have four 10 KW electric motors for 51-inch diameter at front and back twin propellers and two 3.5kW stabilized motors for the 25.5-inch blades at the side to vertically airborne it.

Batteries will put a total 47kW of power, which means the maximum lifting force will be 235kg, whereas the flight weight is determined at 170kg that also include pilot. The bike will get powered by 50Ah Lithium-polymer batteries that weigh approximately 20kg and are positioned below the light alloy frame. The side props and telescopic can be rotated 90 degrees and electric motors will remain disconnected in this mode. However, if the rider makes his mind to take off, side props will retake take the horizontal position thus ensuring the maximum force and dampers will extended for balance.

On the other, the Flying bike will feature gyroscopes and accelerometers on control unit to keep regular check on the stability, adjust the propellers’ speed to make the flight not only smooth but also steady. The flying bike is expected to have a flight time of 3-5 minutes or a ride time of 30-50 minutes per charge with an expected top speed of 50mph. Hope to see this flying bike taking to the sky soon. 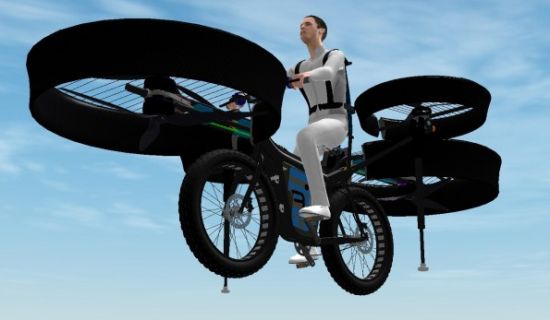 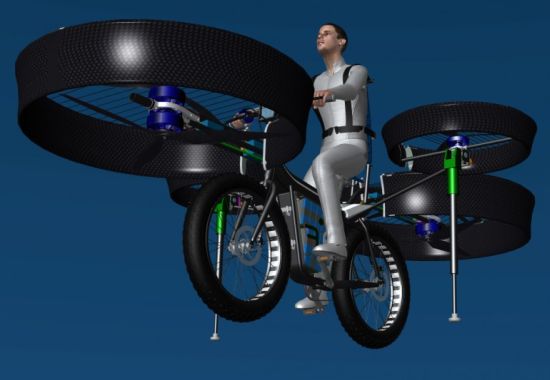 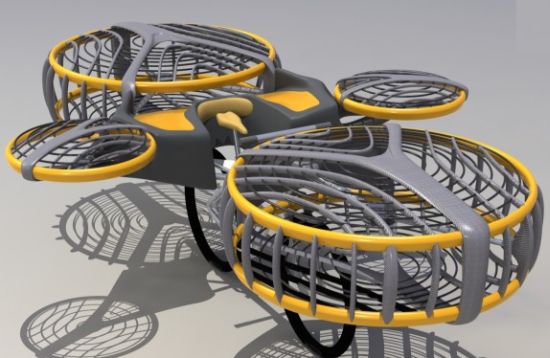 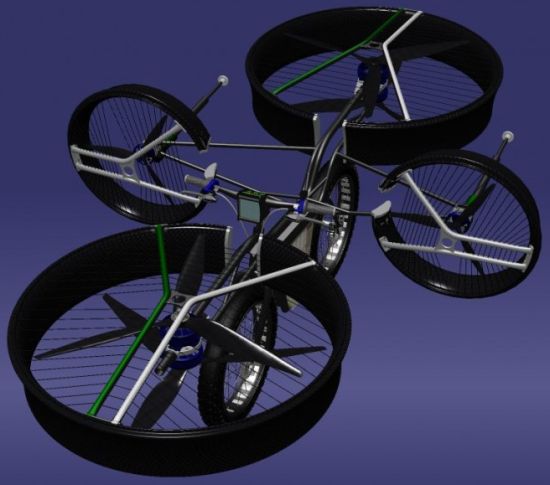 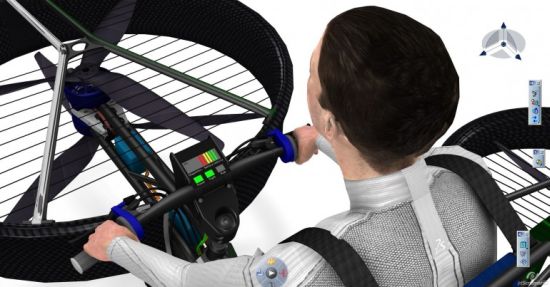 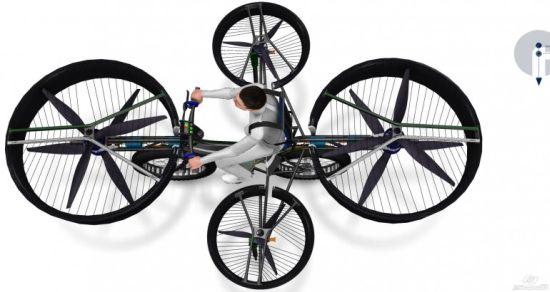