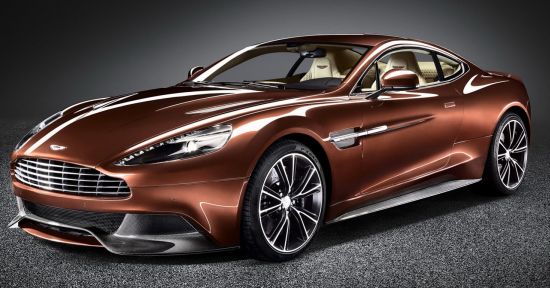 Aston Martin Vanquish is doing rounds of the web for the last couple of days. We also have had sneak peek into the new model from Aston Martin. For the delight of all Aston Martin fans, finally the sleek beast comes out of the camouflage. The replacement for DBS, the Aston Martin Vanquish is something that every auto lover is desperately waiting to steer. However, many believe that it’s, apart from a few changes, the same old DBS in a new attire. But, that certainly doesn’t mean it offers no advanced features over the model it replaces. It is refined, new, lightweight, more efficient, technologically advanced, sleeker, more agile and aggressive and god know what not but has everything that any auto nerd would love and accolade.

What does it offer?

Apart from the couple of changes here and some there, the vehicle is all about sheer luxury, opulence and high level driving comfort that no other manufacture offers. It borrows its name from the DBS’s predecessor that was manufactured between the year 2001 and 2007. New mule from the Aston Martin cache is stiffer, thanks to the use of fourth generation, VH bonded aluminum monocoque chassis that improves its torsional rigidity by 25 percent over the outgoing model.  Use of carbon fiber in the rear structure and hollow-cast aluminum at the front makes it lightweight. The updated chassis paves the way for the 13 percent weight reduction in overall, which means the vehicle will have improved fuel economy.

Aston Martin Vanquish blends performance, presence, style, luxury and British craftsmanship all in one. Featuring these traits in plenty, Vanquish has all been hand crafted and bears close resemblances to its predecessor. Flaunting elegant design cues that are perfect embodiment of brand’s design ethos, the vehicle offers ultimate comfort, style and pure driving fun. With its overall appearance and performance figures, it won’t be an exaggeration to say that the ominous beauty blends beautiful design with latest and impressive technology that reincarnate anything and everything from DBS or One-77.

Well, the sleek beast is not only luxurious but also powerful and considerably quick. It is already known that the engine will be the same naturally aspirated 6.0-liter V-12 from DBS but with little upgrades. Consequently, the vehicle now has 565 ponies roaring under its hood and produces a peak torque of 457 lbs-ft at 5,500 rpm. Engine is mated to a Touchtronic 2 six-speed automatic gearbox that transfers power to the ground.

Measuring 720mm long, 2067mm wide and 1,294mm tall, Vanquish is 5mm wider and 14mm taller than DBS but equal in length. Moreover, Vanquish is around 55kg lighter, weighs 1739kg and has a 50/50 weight distribution. To bring the car to a halt, there are Brembo Carbon Ceramic Matrix brakes that include CCM discs with larger brake pads and six-piston brake callipers from the One-77 upfront and CCM brake discs with a four-piston caliper at the rear end.

All the Aston Martin cars are generally associated with luxury and ease of driving. That doesn’t necessarily mean they aren’t quick to meet the tastes of speed and power loving geeks. Aston Martin doesn’t disappoint in any of the said segments and offers a real demon in Vanquish with 6.0-liter V-12 producing 565 hp and a healthy torque of 457 lb ft which enables it to jump from 0-100mph in just 4.1 seconds, en route to its top speed of 183mph.

Aston Martin Vanquish interiors are all-plush and use various features and technologies that were once incorporated in One-77 supercar. Fine Luxmil and semi-aniline leather with Alcantara embellish the interiors of new supercar. Adding more to its overall grace is new infotainment system, its availability in two or four seat layouts and its interior space is 60 percent more than DBS’. All these features and too many borrowing from DBS will make new owners feel at home in the car.

As we have repeated a couple of times in the article that latest vehicle from Aston Martin, Vanquish, though replaces DBS but it also keeps it alive at the same time. The reason being, it borrows too many things – design or technology wise – from DBS or for that matter One-77 that make it nothing more than an alter ego of DBS. Nevertheless, talking about the exterior, Vanquish now goes to One-77 to borrow some design cues, but none of the elements is the same in either of the two vehicles. The exterior includes a different front lip spoiler, svelte air dams at both front ends, new Vanquish with large air ducts, headlights and front fenders are quite similar to 2012 DBS. The roofline, however, has been revised considerably which can be witnessed in the form of higher peak that instantly slopes back downward in a similar fashion as it was in 2012 model. Coming to the rear end, and yes it’s the most redesigned part of Vanquish that can been seen in the form of more aggressive spoiler, clear taillights being replaced with new red ones, refined rear bumper and new exhaust exits that make it quite different from the 2012 DBS model.

Well good things come in small packages but this is big one and all that luxury and opulence doesn’t come cheap my friends. The Aston Martin Vanquish is to reach the various European dealerships in the late 2012. Its price tag will start from £189,995 in the UK. Whereas the model will hit the US shores in early 2013 with its price starting from US$279,995 MSRP. 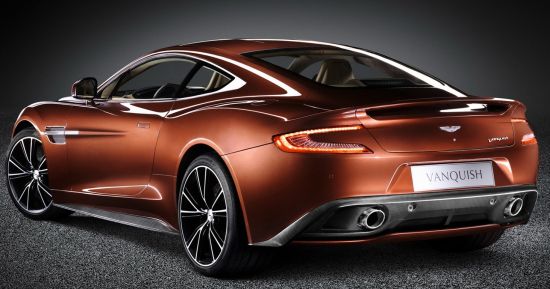 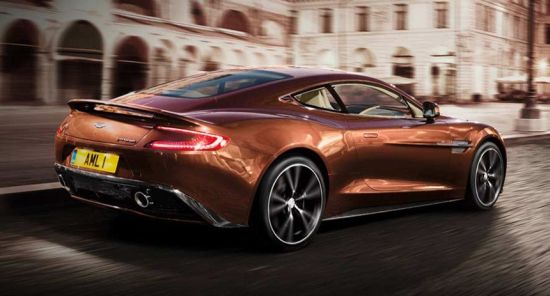 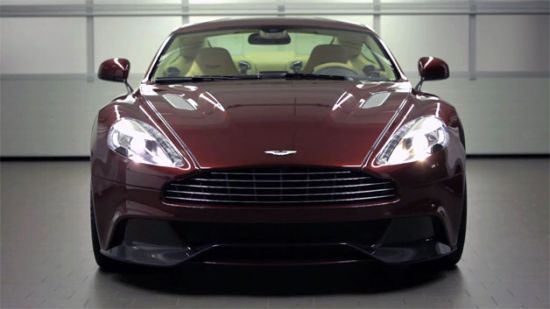 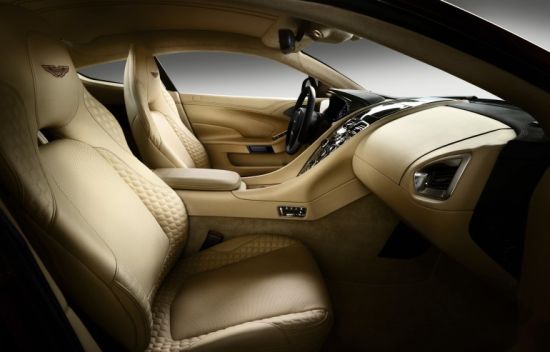