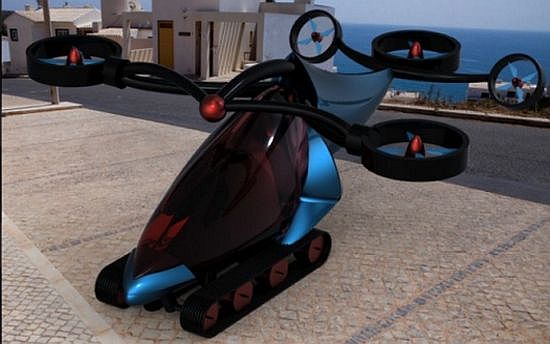 Marscar all terrain flying car is a futuristic vehicle for one

Ever since Wright Brothers gave human aspirations wings to fly, there is a race to develop a flying car that could easily maneuver on road and take to the wings if need arises. In the past too, we have seen many concept flying cars that were impressive and some real world flying car models that could help one take to the wings with short flying as well as landing span to avoid the thick traffic during rush hours.

While the real road worthy flying Humvee from DARPA is yet to make debut in the real world, we are to introduce you with another spectacular flying car concept from Erik Heidt who is an industrial design major and sustainability minor Graduate from Clearwater FL. Christened as Marscar, it’s an all terrain flying car which is designed to be parked in most of the modern garages.

The design is intended to provide an average working man who wants a mean of transportation to eschew regular traffic jams on the city road and likes to explore off-road. With directional thruster turbines, off-road tank treads and capacity to carry one man, Marscar offers it all to a regular commuter to set a new paradigm in individual transportation. 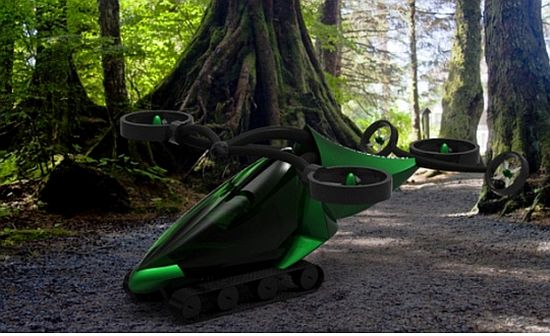 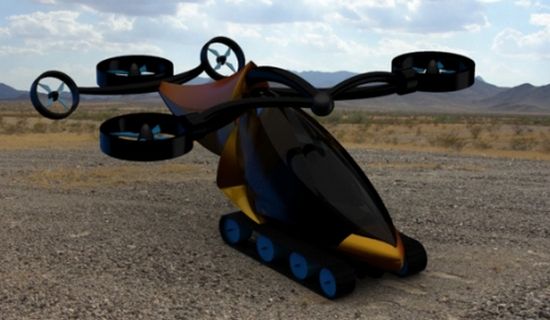 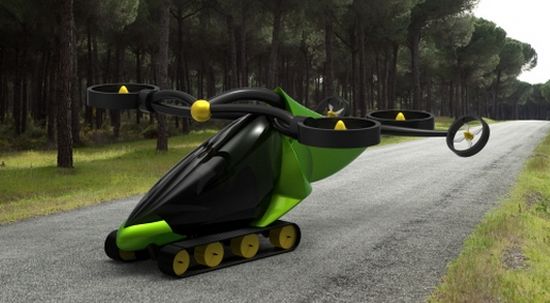