Following a photo revealed last week, Mercedes-Benz has finally revealed the 2014 E63 AMG sedan and estate models well ahead of their official debuts at the upcoming Detroit Motor Show. The revamped Mercedes-Benz E63 AMG for the model year 2014 is characterized by more aggressive front fascia supported by newly designed headlamps, bespoke grille and bumper and huge air ducts as well as central splitter to better the airflow. The rear end too has got some considerable changes with refurbished bumper that now incorporate revised diffuser and quad trapezoidal tailpipes.

Under the hood is the same 5.5-liter twin-turbocharged V8 but the folks at AMG has toiled extra to make it produce 557hp and 720 Nm of peak torque which powers the sedan to get a sprint from 0-62mph in 4.2 seconds. However, the AWD 4MATIC model can achieve the same feat in 3.7 seconds in sedan version and 3.8 seconds for wagon variant. Not only is this, Mercedes-Benz is also to introduce the E63 AMG 4MATIC S-Model for sedan and wagon with rear differential lock and a further tweaked 5.5 Liter twin-turbocharged V8 that now develops a cool 585hp and 80nm of peak torque enabling the sedan and estate versions to get from zero to 62mph in 3.6 and 3.7 seconds respectively.

All the variants will be aligned with Speedshift MCT seven-speed sports transmission from AMG that will offer four modes of driving: C, S, S+ and M wherein ‘C’ stands for Controlled Efficiency, ‘S’ for Sport, ‘S+’ for Sports Plus and ‘M’ for Manual mode. All the variants have their speed electronically limited at 155mph and in order to bring it to a halt, the E63 AMG features ceramic brake system as optional whereas the regular AMG model comes with ventilated and perforated 360mm brake discs with silver calipers and red ones for the high end S-Model.

With all these details, Mercedes-Benz E63 AMG is to challenge BMW M5 with 408 kw and Jaguar XFR-S with 404kW. The RWD models will hit the showroom in April this year followed by the 4MATIC and S-Model variants sometimes in June. No price details are made available as of now. Stay tuned and keep reading autochunk for more updates on the same. 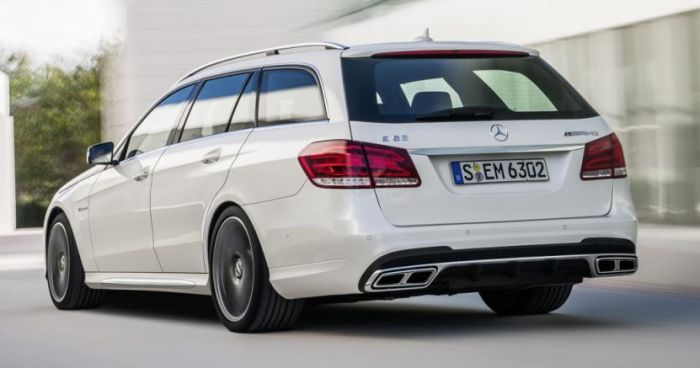 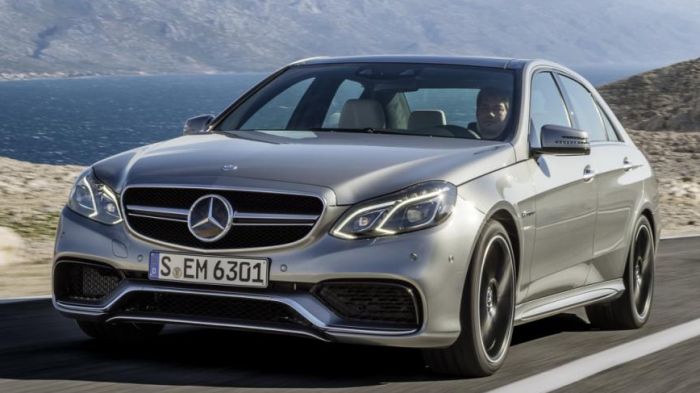 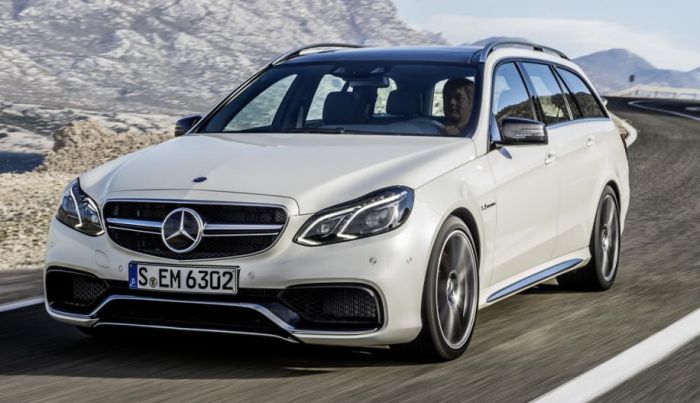 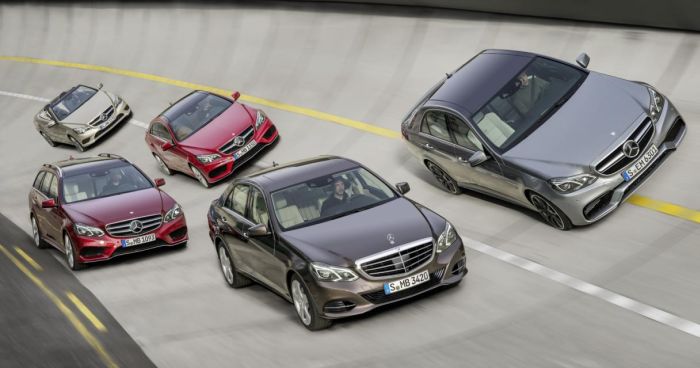 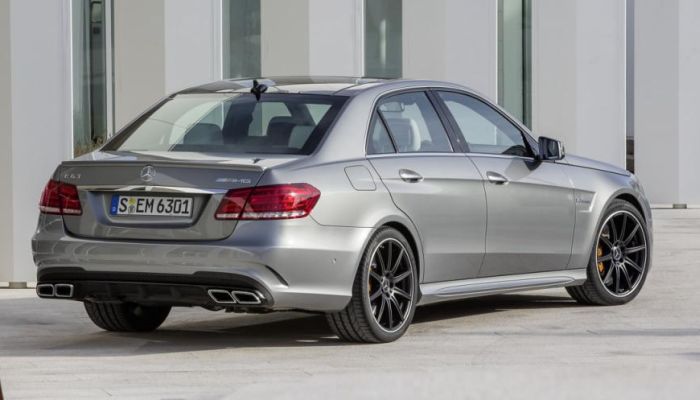 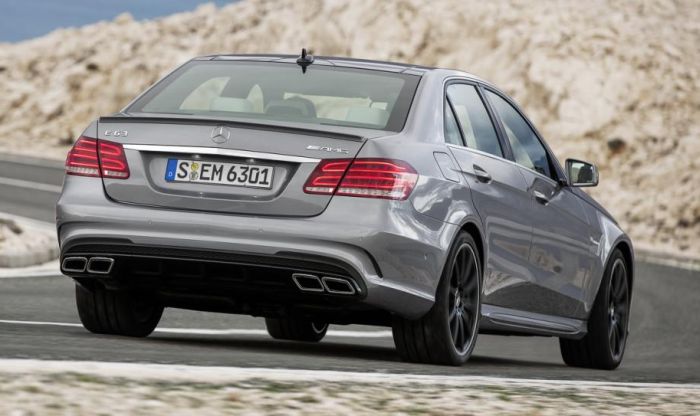 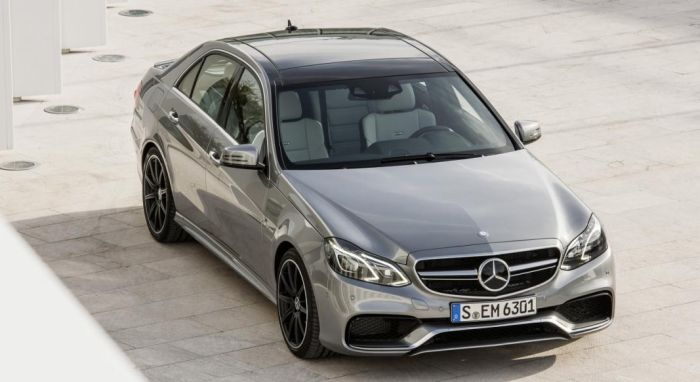 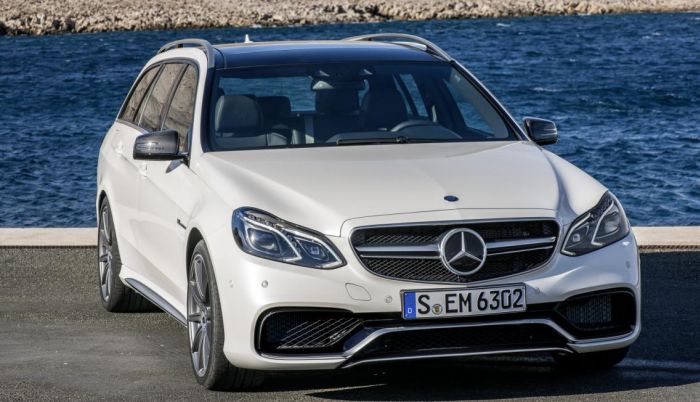 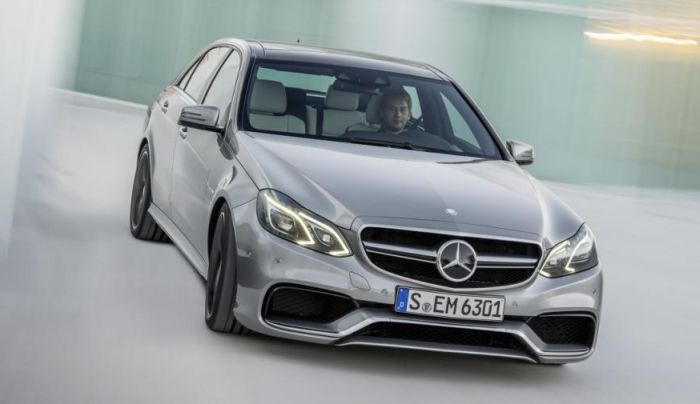 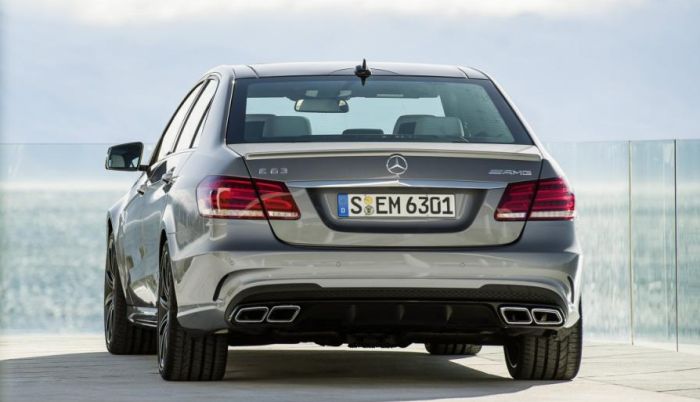