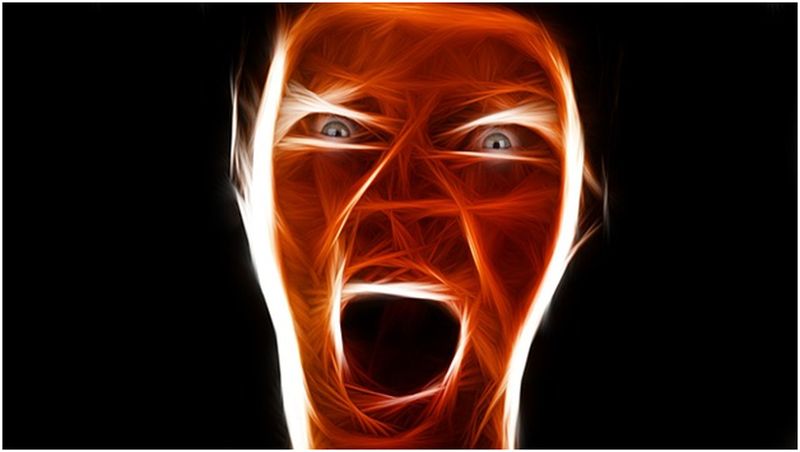 Just imagine going into the grocery store to pick up some food for dinner. You park your car flawlessly and return a few minutes later only to find a small dent in your car door! The initial rage can be blinding but when you realize the culprit has fled the scene you’re going to want to know how to remove a dent from your car in the best way possible.

Traditionally, removing a dent from your car meant taking it to a body shop and possibly leaving it for a few days to be worked on. Luckily, things have advanced far beyond having panels replaced and matching paint which combined for a long and expensive process.

Paintless dent repair (PDR) is any type of repair that is used without applying new paint. Technically, this includes pushing the dent out with specific tools as well as using suction cups and glue pullers.

Today, we have the best paintless dent repair Toronto offers as the ultimate solution for removing dents at a fraction of the time and cost of the traditional body shop.

The process using pushing tools is surprisingly simple, however, there is a certain level of skill and experience that is required to effectively remove a dent as if it never happened. After reading this article you will never look at a dent the same way. 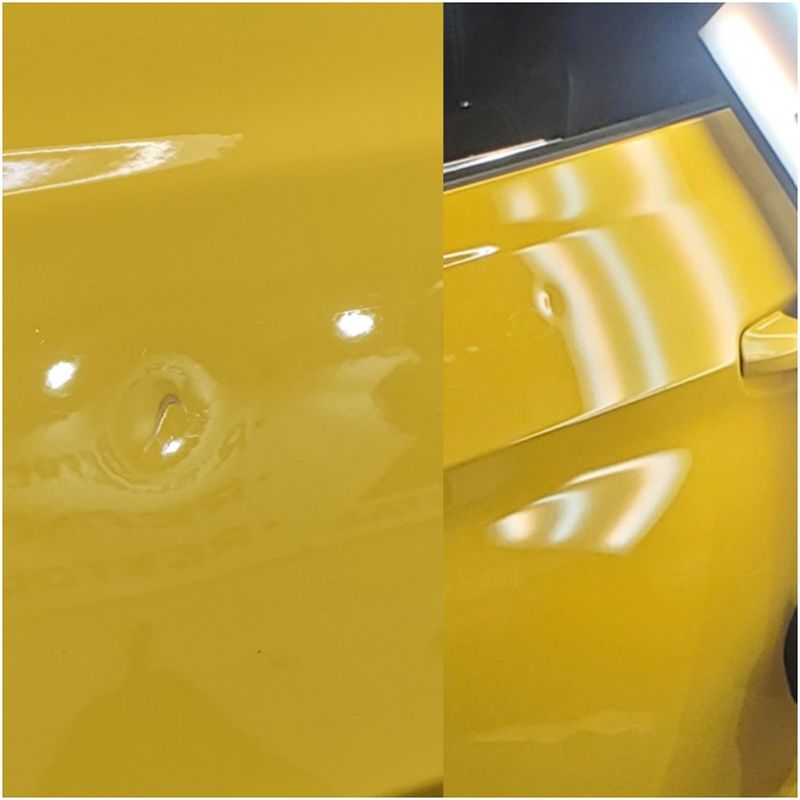 To begin work on the dent, you need to remove any paint that could have been transferred over to the area from the impact of the other vehicle. Clean the dent with regular car wash soap and get any dirt, grime and paint chips out of the area.

Step 2: Set up the working area around the dent

In order to see the dent and to move the metal efficiently, it requires the use of a light system. A PDR lamp allows the technician to see every deviation of the metal, no matter how slight it is.

Lastly, you will need to select the tools that you will use to manipulate the metal. Whenever you’re pushing a dent out there are four tools that you are most popularly used: a J hook, a twisting tool, a J hook pick and a whale tail tool.

For almost every dent you fix using push tools, you will also need a hammer and tap down to knockdown crowns and high posts. 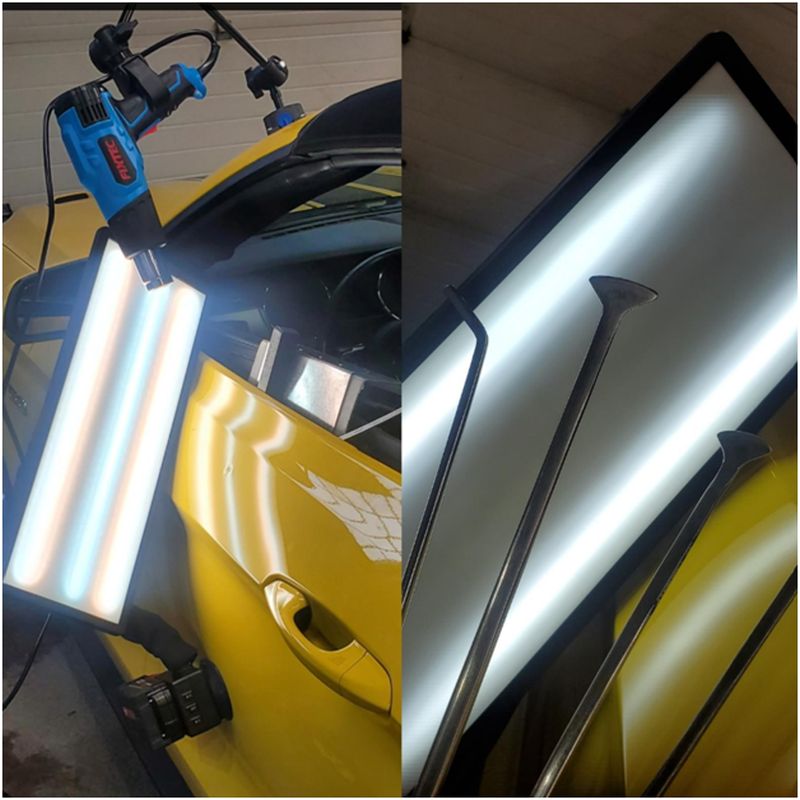 These parts of the damage contain a lot of the pressure that is keeping the dent in place. Once the pressure in the area is relieved, the metal becomes much less resistant and will be more malleable and willing to conform to its prior condition and shape.

This part of the process is known as tapping down the crowns and high posts.

Step 4: Push the dent out

Using the tools mentioned before you need to access the dent from behind the door panel (or wherever the dent is located) with a tool that best matches the shape of the dent. Using a rhythmic motion you slowly and methodically work the metal back to the shape it was intended to be in.

One of the things that you have going for you is that when cars are made, the metal parts such as the doors and other panels will naturally want to return to the shape it was first manufactured in. This can be explained by the theory of metal memory. You can read further on that topic here.

Repeat the process using the different tools to push the dent out and tap down any crowns and high spots.

Inspect your work using the PDR lamp until there are no distinguishable differences in the lines that are illuminated.

Step 5: Sand and polish when necessary 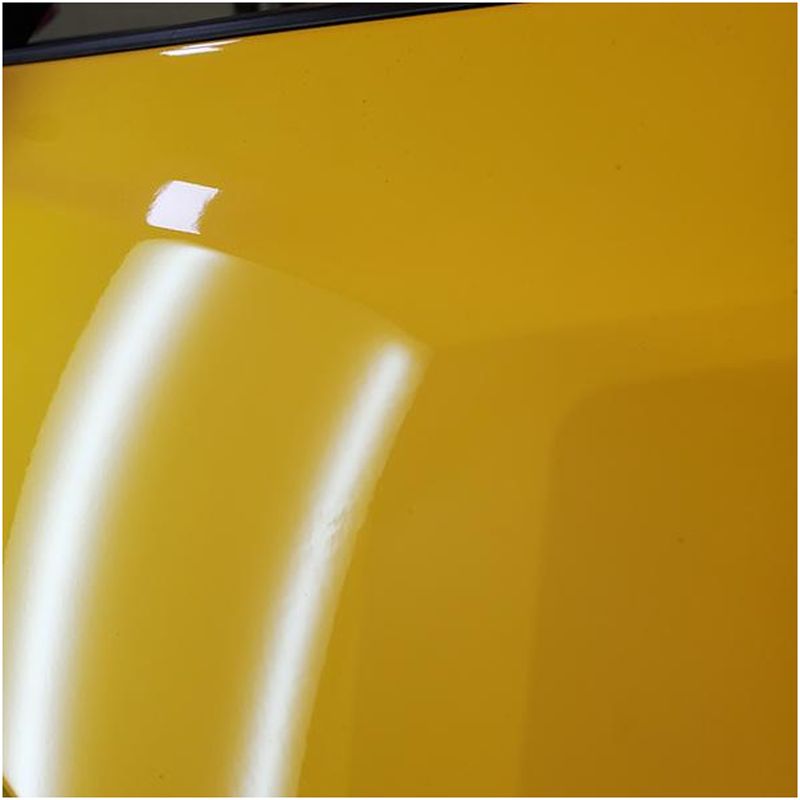 It’s not always required for every dent you remove but in many cases it will be necessary to sand and polish the area after you’ve repaired the dent. If the dent is severe, sanding will remove residue as well as any push marks from your tools.

When you sand a dent, it is extremely important to use a low grit sandpaper to correct the paint texture. Surprisingly enough it doesn’t ruin the paint at all.

You will, of course, need to polish the dent when you’re done to bring back the shine and make the spot look like the dent never existed.

This process can be completed in a few hours. Restoring dents without needing additional paint is a great way to maintain the value of your vehicle and one of many benefits of PDR.

It’s as simple as that.

Now you know how to remove a dent from your car door using PDR push tools.

Harley Davidson Jobs: Pursue Your Career While Enjoying Your Passion

Seven Simple Tips to Take Care of Your Car