So, without further ado, let’s get started!

How Do Self-Driving Cars Work? 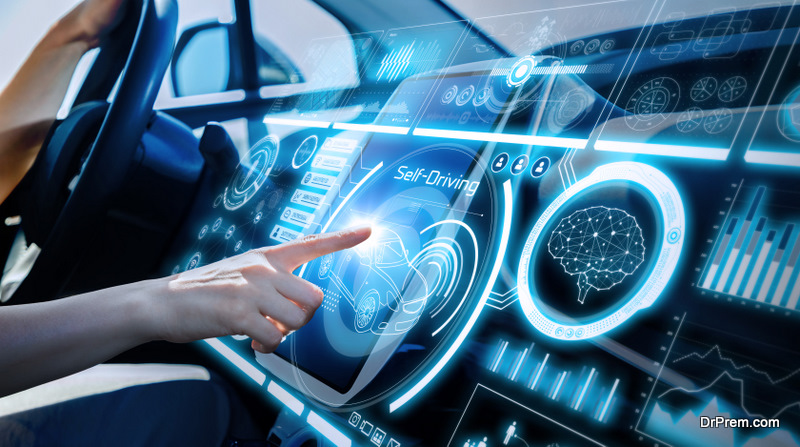 Self-driving cars are also known as autonomous or driverless cars. They are cars in which the driver does not have to control the vehicle, as it can drive itself. There are various levels of autonomy, but a fully autonomous car would be able to go from point A to point B without any input from the driver. However, most self-driving cars currently on the road still require human interaction.

How do self-driving cars work? Most self-driving cars use a combination of sensors, cameras, and artificial intelligence to navigate their surroundings. The sensors can detect things like lane markings and obstacles on the road, while the cameras can identify traffic signals and other vehicles. Artificial intelligence then uses this information to determine the best way to navigate the environment. Self-driving cars have the potential to revolutionize transportation. In addition to reducing traffic accidents, they could also make driving more efficient and reduce congestion on our roads.

The Benefits of Self-Driving Cars

Self-driving cars are often touted for their potential to improve safety on the roads. By taking the human element out of the equation, autonomous vehicles have the potential to drastically reduce the number of accidents caused by driver error.

In addition, self-driving cars can also help ease congestion by driving more efficiently than human drivers. By communicating with each other and adhering to a set of predetermined rules, self-driving vehicles can help to keep traffic flowing smoothly.

Furthermore, self-driving cars can also provide a much-needed boost to the economy. By freeing up people’s time, they would be able to be more productive in other areas.

Lastly, self-driving cars would also create new jobs in fields such as maintenance and infrastructure. Overall, it is clear that self-driving vehicles could positively impact both individuals and society as a whole.

The Drawbacks of Self-Driving Cars 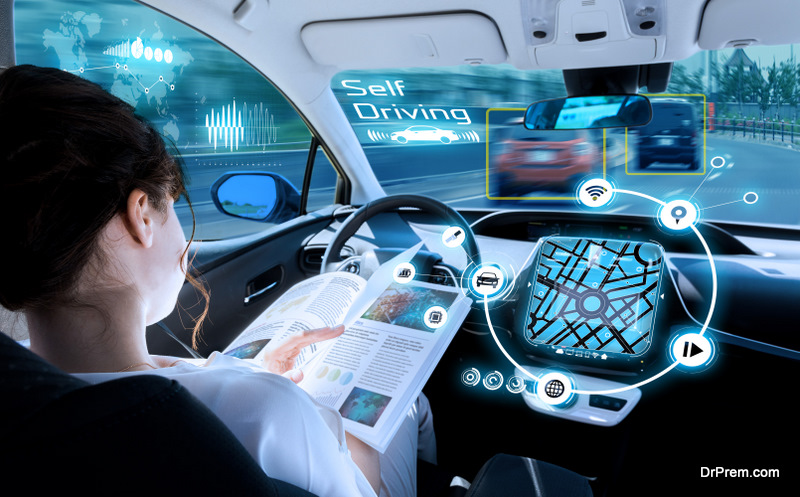 While we tout self-driving cars as the future of transportation, this technology has some drawbacks. One of the most significant concerns is safety. Self-driving cars rely on a complex system of sensors and software to navigate, and even minor glitches can have dangerous consequences, and they are vulnerable to hacking.

Self-driving cars are also more expensive, and it will likely be many years before they become affordable for the average consumer. Finally, self-driving cars could lead to increased traffic congestion, as people would be able to work or sleep while their car transports them to their destination.

While self-driving cars promise convenience and efficiency, there are still several kinks that need to be worked out before they can truly become the norm.

Who is Making Self-Driving Cars, and What are Their Plans for the Future?

Several major automakers and tech companies are continuing their work on developing autonomous vehicles. It is only a matter of time before they become a common sight on roads worldwide. But who is leading the charge in this new frontier?

One of the most active players in the self-driving car space is Tesla which has already released a semi-autonomous driving system, and its cars are constantly collecting data that will be used to fine-tune the software. A great feature would be for the vehicle to reroute itself to the nearest Tesla charging stations.

Other major automakers are also investing heavily in autonomous technologies. Mercedes-Benz was the first manufacturer to put a Level 3 autonomous vehicle on the road in Germany, and it’s only a matter of time before they can market in the United States. Level 3 allows the driver to pass control of the wheel to the car but needs to be prepared to take back control if needed.

But it’s not just traditional automakers who are interested in self-driving cars. Several tech giants are also working on their own autonomous vehicles. Google has been testing self-driving vehicles for years, and its Waymo subsidiary is partnering with Stellant is to bring its technology to the mass market.

As self-driving cars become more prevalent, it is essential to understand who is leading the charge in this new frontier of transportation. With significant investments from some of the biggest names in the automotive and tech industries, it’s clear that self-driving cars are here to stay.

What do you think about self-driving cars? Are you excited about the prospect of owning one, or are you concerned about the potential safety hazards? Let us know in the comments!