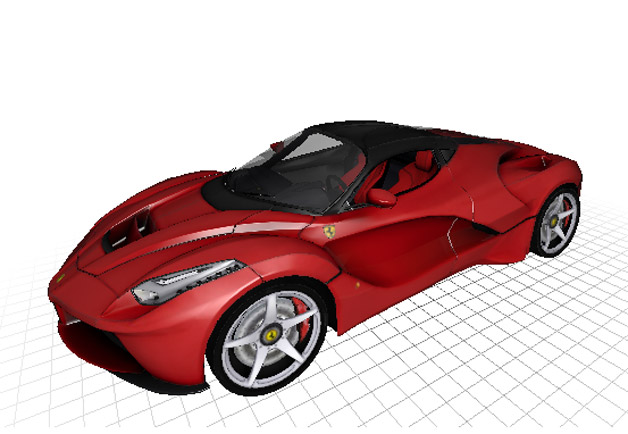 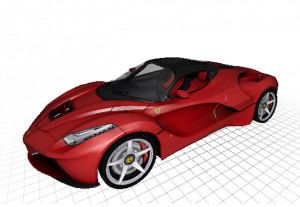 The next version of Ferrari, dubbed, as LaFerrari was a center of attraction at this year’s Geneva Motor Show. The successor to Enzo promises top speed of 217 miles per hour at a staggering power of 949 horsepower. But what excited people most were its curves and new design made of carbon fibre monocoque. The bodywork consists of a pointed nose along with the V-shaped contours. The car provides highest power output among all Ferraris and is the first hybrid from the automotive giant. The fastest ever car from Ferrari comes at a whopping price of $1 million and only 499 units are on offer. LaFerrari certainly seems to be the next big thing in the automotive industry and we may see a number of cars drawing inspiration and learning new lessons from the same.

Ferrari has been a dream car for many and while there are not many who can afford it there are millions of fans who do fantasize about it. One of such users at Cubize has come up with a 3D model of the car that gives you a closer look at every aspect of LaFerrari. You can rotate it across the 3D plane, zoom in, zoom out and admire the beauty of new Ferrari. Another model of the car shows it with its gull-wing doors up and helps you to peek inside driver’s cabin and interiors.

While most of us cannot attend popular motor shows across the globe, 3D models such as these help us explore our favorite cars and a 3D model such as this certainly gives a more holistic view of the overall design as compared to pictures. It might not be the perfect one but we certainly love this scaled 3D model of the car and we do hope to see a few more of these in some time.

A 3D model of the new LaFerrari on display at Cubize was last modified: May 8th, 2013 by DrPrem Jagyasi
3Dcarbon fibreFerrariLaFerrari