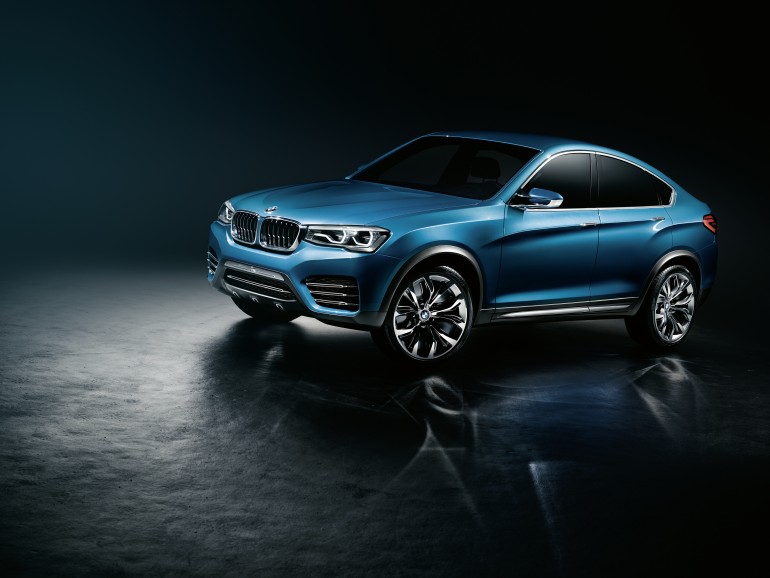 After introducing a new concept of a radical sports utility vehicle X6 in 2008, BMW is all set to bring us the son of X6 named as the X4 Concept. Most of the designs of X4 Concept are inspired by its big brother X6, although some of its styling is kept similar to the recent coupe series of BMW. However, with this new X4 concept, BMW is sure to create ripples in the world of automobiles.

The new concept from BMW is proportionally 183 inches long and with a wheelbase as short as 110.6 inches, it is 75.4 inches wide. With only a height of 63.9 inches, the X4 concept has been made to be quite smaller than X6 proportionally. However, besides being called a new generation SUV, X4 Concept’s size along with the styles also reflects a hint of sporty dynamism. Moreover, the stubby looking overhang along with the fore and aft also provides X4 with a sporty mandate. Also, the rakish rear roofline has been designed to impart the hindquarters with a little tautness while the wheel wells are filled in sufficiently with 21-inch alloys. However, the side air intakes of X4 are purposely kept large in respect with the grille works designed to boost the performance as well as the cooling needs. So, analyzing the overall design, it can be said that BMW has tried to hand X4 a little aggressive intake treatment.

As the X4 concept is actually still in the stage of a concept right now, so apart from the designs and the styles, the important details about the engine or other engineering facts or performances are still unavailable. However, with the reaction X4 has received for only the designs, it can be assumed that it’s going to earn many performance attribution and various underpinnings after going into production from the other family members of the X series.