Home Off Beat Best folding bikes to suit your needs 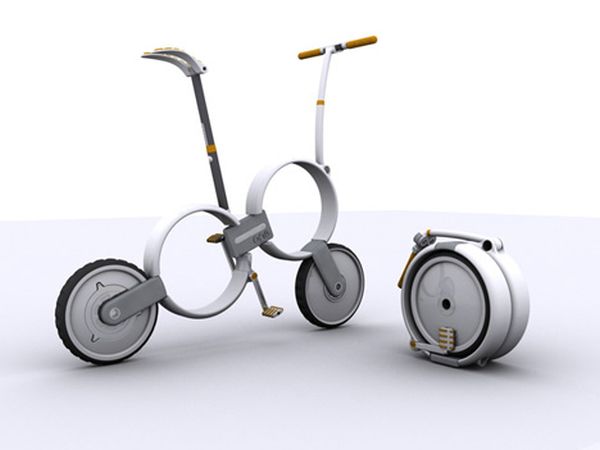 People own and use bike for several different reasons. Some find this mode of transport eco friendly while others find it a good work out. There is no doubt that by using your bike you save on fuel and thereby contribute your bit to “Go Green” philosophy. Moreover, if the bike that you are using can be folded and carried like normal luggage, then you derive more fun from this activity. 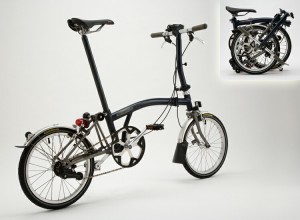 Foldable bikes are widely used all over the world; hence, many companies nowadays are involved in design and production of these ultimate pedal powered machines. Here, in this article, we have covered five such bikes that you can use not only to commute from one place to another but you can also fold them and carry as and when required.

Brompton folding bikes are one of the best bikes available in the market. Brompton is basically a British company situated in West London and the foldable bikes that they produce are world class. This bike consists of six gears in total and weighs around 10 kg. The frame of this bike is made up of high tensile steel, which makes it one of the sturdiest bikes in its category.

Made from rust free aluminum alloy, this bike can be folded or unfolded in just around 3 seconds. This bike is provided with the integrated rollers so that after folding it you can just roll it to carry it along yourself. Provided with the adjustable settings, there is no doubt that this bike can be used by anybody making it great choice for a family bike. After being folded, this bike measures just 25”x32”x12”, so it’s quite easy to carry around. 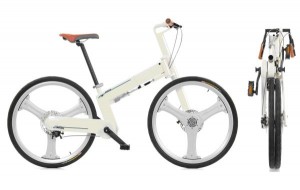 The design of this bike is highly inspirational and the best part with this bike is that it consists of full size wheels unlike other bikes where wheels are relatively small. Although it takes around 20 seconds to fold or unfold this bike but that doesn’t downgrade its popularity since it’s loaded with superb features such as 2-speed drive, S shaped frame, unique looks, etc.

This innovative bike can actually bend to be securely locked so that the owner of this bike need not worry about bike being stolen. Designed by avid designer Kevin Scott, this bike won the runners up prize in Business Design Center competition. Unlike the other foldable bikes, this bike can be only folded to certain extent but it’s a great bike for short distance travel. 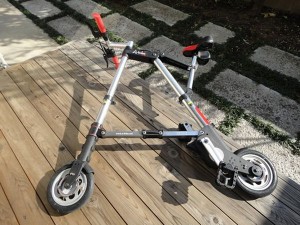 Designed by designer Sir Clive Sinclair, this bike is undoubtedly the bike of today’s times. Although the wheels are a bit small compared to the other bikes but it has been largely compensated with the provision of a system that lets the bike travel 10 feet per crank rotation. Truly, a superb city bike!

Five most popular motorbikes of all times