Home Motorcycles Five most popular motorbikes of all times Five most popular motorbikes of all times

George Brough was a passionate motorcyclist who produced some excellent and highly expensive motorbikes in the early 20th century. The Broughs were so expensive in those days that they used to cost more than some houses in England; however, there was still no dearth of people buying the famous Brough Superior SS100. The name SS 100 was coined for this yesteryear vehicle because at that time, Brough claimed that the vehicle could run at a speed of more than 100 miles per hour (considered as Godspeed in those days).

In the late sixties, the Honda CB750 actually started the trend of reliable, civilized, comfortable and affordable motorbikes, which created ripples in the world of motorbikes during those Hippie days. It first started the commercialization of four-cylinder layout motorbikes and the facility of starting button, which was not provided in any other motorbike of that period. 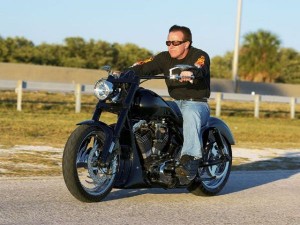 The Harley-Davidson Evolution engine actually turned out to be their savior engine as before they started to produce 1,340-cc Evolution engine. The earlier Harley engines were all leaky, unreliable and needed a lot of energetic kicks to get started. This Evolution engine gave such high performances that Harley used it in their motorbikes from 1984 to 1999 after which, many new improvements were made in them and they started to use the improved version of Evolution.

Designed and produced by an eccentric engineer named John Britten who was not satisfied by the performance of the engines of Ducati and Denco, he produced this amazing new generation motorbike, which won not only the hearts of motorbike fans but also some serious races. 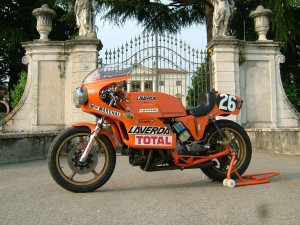 This is the only two-wheeler installed with a powerful longitudinal V6, which can pick up a tremendous speed of 283km per hour. The design product of Giulio Alfieri, a former Maserati engineer, this two wheeler vehicle with a 996-cc V6 was purely made for endurance racing and made its first debut at the 1978 Bol d’Or 24 Hour but had to retire soon because of a 1979 rule which limited all the racing vehicle engines to four cylinders. However, Piero Laverda, a former Laverda owner can still be seen on some occasions riding this historic vehicle ever produced.

Choosing and Installing a Motorcycle Battery

Smart gadgets that every biker should have...